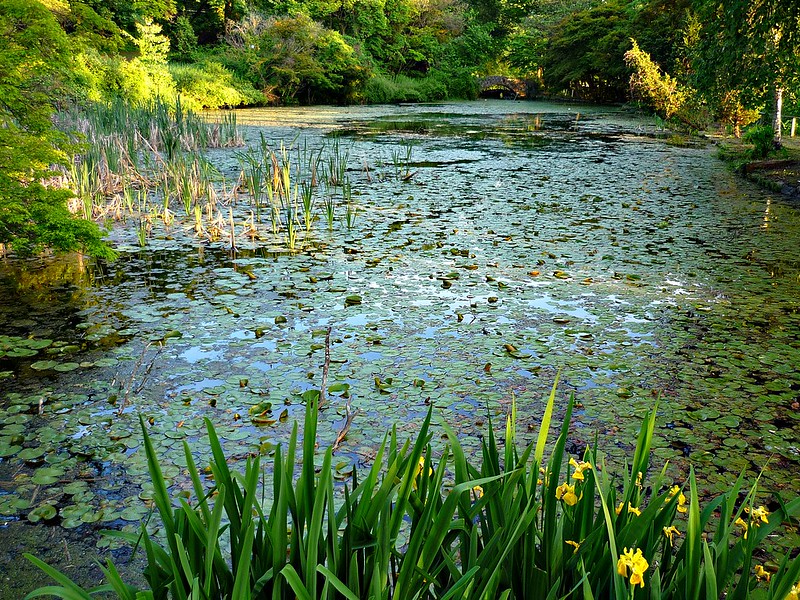 Cedarmere was the home of William Cullen Bryant (1794-1878), the prominent 19th-century poet, newspaper editor and civic leader. It overlooks Roslyn Harbour on the north shore of Long island.

Born in Massachussetts in 1794, Bryant worked as a lawyer until 1825 when he moved to New York and began contributing poetry to such literary journals as the North American Review and New York Review.

When the New York Review went out of business, he became editor of the New York Evening Post in 1829 and used the paper as a platform for his anti-slavery and liberal views, including support for the newly formed Republican Party (of which he was a founder) and the candidacy of Abraham Lincoln.

In February 1860, Bryant introduced Lincoln to New Yorkers at the Cooper Union in Manhattan.

Today, Bryant is scarcely remembered by the general public and often ignored by professional historians, but in his era, Bryant was a major American figure in both the arts and politics.

In New York, flags were flown at half mast upon his death, and crowds at his memorial service in a New York City church spilled out into the street. The poet Walt Whitman immediately returned to New York from Philadelphia to attend the funeral.

Sadly, the house was allowed to fall into disrepair, but it is now being renovated by the Friends of Cedarmere for use as a museum. The grounds are lovely and the old mill has already been beautifully renovated.