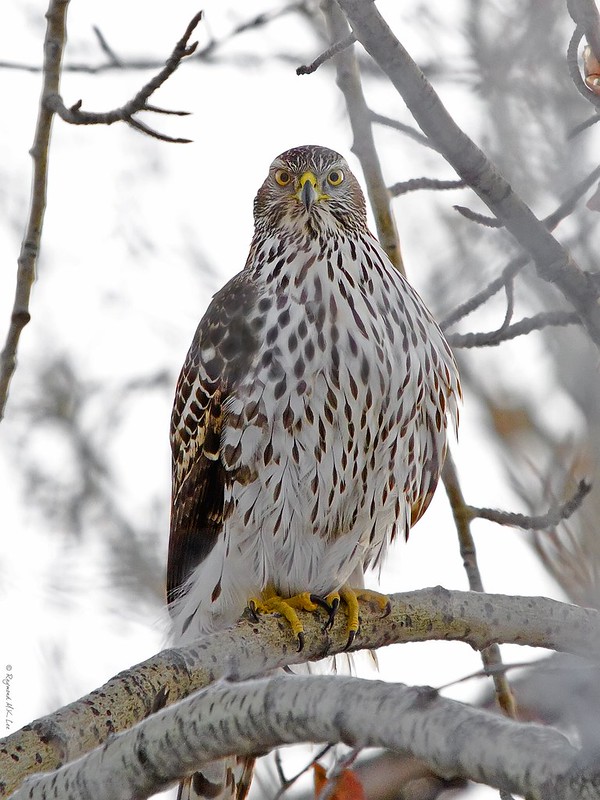 Last photos of the year ended up with great results, and the most actions I've ever had at Gold Bar Park. What a 2010 finale!!!

Don and I saw at least 2 Northern Goshawks juvenile (I counted 3 Goshawks and 1 Coyote before Don came) aggressively ambushing the ducks, who were at the open water. Check out Don's great captures of the attack.

We spotted a Bald Eagle circling high in the sky across the river. Later, we found an Eagle, possibly the same one, overlooking the river (as shown below).

These photos here show the Goshawk waiting patiently deep inside the branches for the opportunity to grab the ducks. Flight photos will come later.