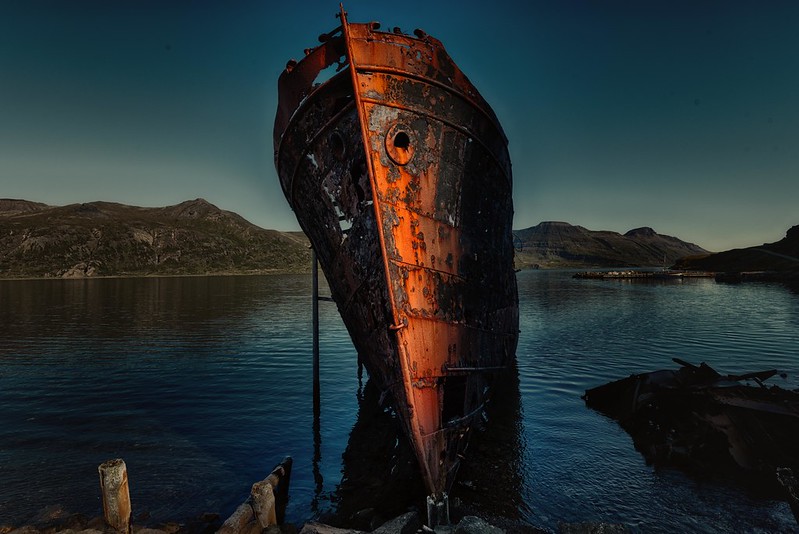 It had room for 14 passengers. The ship was purchased from Denmark for 225,000 Icelandic króna in 1919 and used to move people and goods between Reykjavík and locations in Faxa Bay and Breiðafjörður. After its purchase it was renamed to Suðurland in 1919.
Suðurland is now a derelict hulk near the abandoned herring factory at Djúpavík, Iceland. It was docked there in 1935 to serve as living quarters for men who worked in the factory.

The Djúpavík factory was unique. It was the first fully automated fish factory in Europe, with conveyor belts running from dock to basement storage rooms, then to coal-fired steam cookers, oil-extraction presses, coal-fired dryers, and meal grinders. Powerful electric fans then blew the hot fish meal through ducts that passed outside the factory for cooling and finally to chutes in the upper level where 100 kg meal bags were filled for transport. Electricity was generated by four German-built diesel engines salvaged from submarines and an Icelandic guard ship. The 60-tonne boiler used to generate steam for cooking was also salvaged from a ship. Herring catches started to decline after 1944.

Luckily, I could photograph the wreck, when the sun came around a sharp edge.