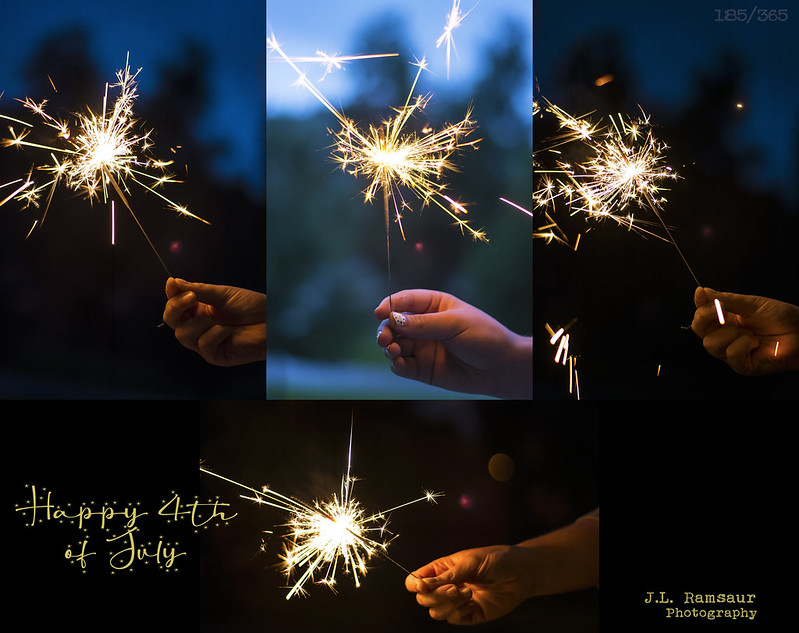 “It will be celebrated with pomp and parade, bonfires and illuminations from one end of this continent to the other.”
– John Adams (American statesman, attorney, diplomat, writer, and Founding Father who served as the second president of the United States from 1797 to 1801)

On July 4, 1776, the Second Continental Congress unanimously adopted the Declaration of Independence to announce the colonies' separation from the Kingdom of Great Britain and establishing the United States of America. This is the 'it' reference in John Adam's quote above...the thing to be celebrated with pomp and parade, bonfires and illuminations (like fireworks) forever! Happy 4th of July!!

This photo was taken in 2013 during my previous Project 365…please visit my album for this “REMASTERED” Project 365 as I revisit each day of 2013 for additional photos to share!!

The original RAW files for all 4 photos above were taken with a Nikon D5200 and processed with Adobe Camera Raw. Final adjustments were made with Photoshop CS6 where all were combined into one image and text was added.

"For I know the plans I have for you,” declares the LORD, “plans to prosper you and not to harm you, plans to give you hope and a future." ~Jeremiah 29:11

The best way to view my photostream is through Flickriver with the following link: www.flickriver.com/photos/photojourney57/