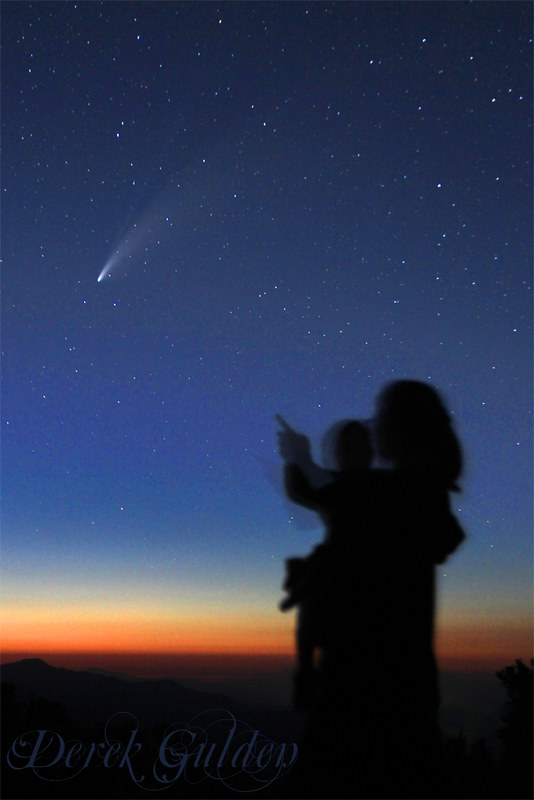 Comet Neowise July 18 2020.
We gathered atop a 6000 ft peak to witness a once in a lifetime event, Comet Neowise. A mother asked me to take some photos of her and her child with the comet, and I'm so grateful she did because this one was the best shot I got that night.

Here is an article about the area this photo was taken: