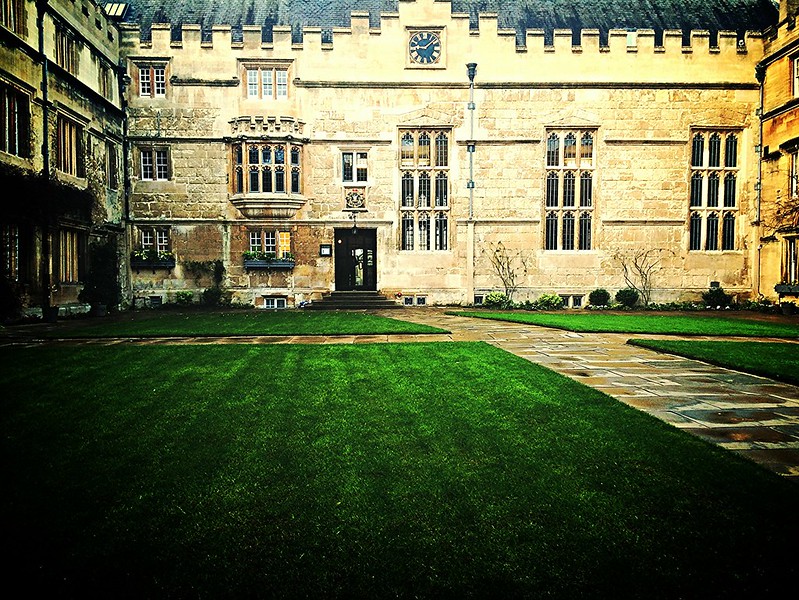 Jesus College, the only Oxford college to date from the reign of Queen Elizabeth I, received its first royal charter on 27 June 1571, as 'Jesus College in the University of Oxford of Queen Elizabeth's Foundation'. Ten medieval and five early Tudor colleges already existed in Oxford, many of them with regional affiliations. There were also eight or nine survivals from the previously much larger number of academic halls, which offered student accommodation but little formal discipline or teaching, and no endowments or lifelong places for fellows. All of these have since disappeared or been transformed into colleges. Jesus College directly replaced one of these halls, White Hall, which had existed on part of the present College site since the 13th century, and closed down only after the appointment of its last Principal in 1570.

Although founded through the efforts of a mixed group of Oxford- and Cambridge-educated lawyers and clergy, Jesus College was intended for the education of future clergymen. The 1571 charter stated that it would be a 'college of learning in the sciences of philosophy, the moral arts, and knowledge of the Hebrew, Greek and Latin languages, with the eventual aim of professing sacred Theology'. Fledgling lawyers were already well catered for, especially at All Souls College and New Inn Hall, Oxford and the Inns of Court in London, whereas there was a clear need for the training of dedicated, learned clergy to promote the Elizabethan church settlement in the parishes of England, Ireland and Wales.