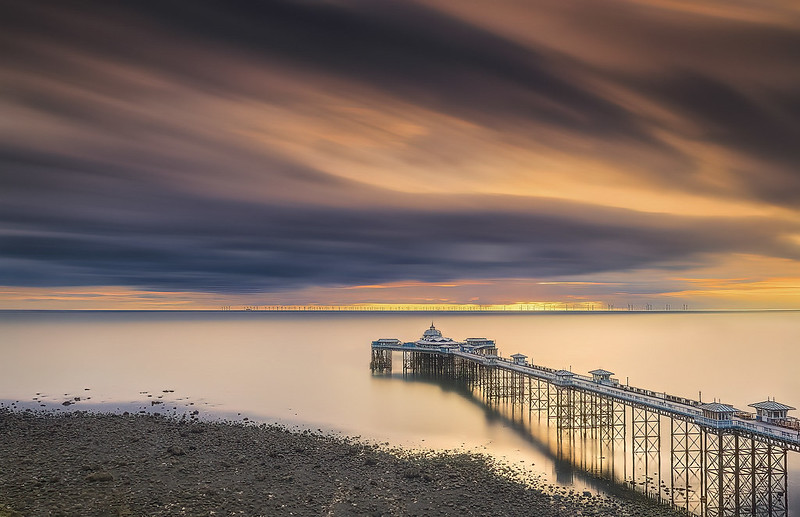 A very early morning shoot at Llandudno and it's splendid Victorian Pier, after spending a few hours asleep in the car (Top tip - don't ever try sleeping in an Abarth 595) following shooting Comet Neowise on Angelsey the previous evening.

The mornings sunrise here wasn't bad at all but the light was never going to last very long due to the massive bank of clouds just above the horiizon, I decided to do a long exposure here as although the clouds were moving very slowly, there in theory should be plenty of cloud movement across the scene with a heavily filtered setup vastly reducing the light, giving me a nice long exposure time, which was the case.

I though about removing the wind turbine in the distance from the image but have left them in as I think they contrast well in the very brightest part of the image, and to be honest I don't really mind them.

The Pier gets extremely busy during the day with 100's of people on it at any one time, so it was great to see it so peaceful and eerily deserted.