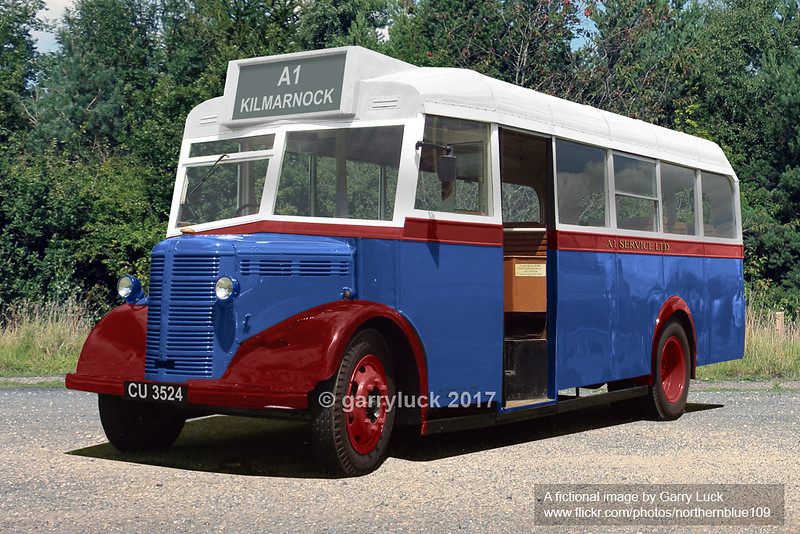 This replaces an earlier image of the same vehicle. The Ayreshire Bus Owners (A1 Service) cooperative was exclusively a single-deck operation in its formative years, with the Albion Victor becoming the most common type by the mid-1930s. Like many hard-pressed operators, it received several examples of the utility-bodied Bedford OWB during the Second World War. Many were bodied by Scottish Motor Traction (SMT) to the standard Duple design. Generally disliked, they were replaced as soon as normal supplies resumed. The first double-deckers arrived in the late 1940s and, by agreement amongst the members, the fleet had become exclusively double-deck by the late 1950s (although some members operated coaches on private hire work) - a situation that continued until the mid-1970s (updated 11-Feb-17).

All rights reserved. Not to be posted on Facebook or anywhere else without my prior written permission. Please follow the link below for additional information about my Flickr images:
www.flickr.com/photos/northernblue109/6046035749/in/set-7....