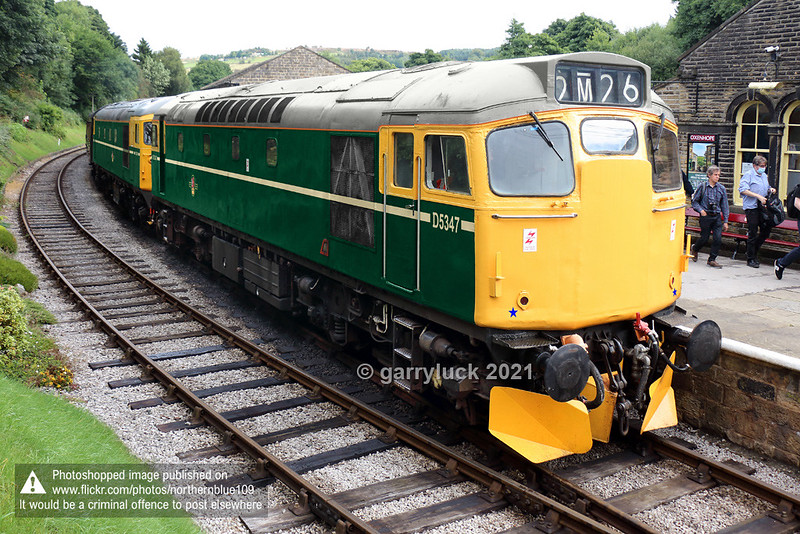 Class 27 comprised 69 diesel locomotives built by the Birmingham Railway Carriage & Wagon Company (BRCW) during 1961 and 1962. They were a development of the earlier Class 26 with 1,250hp Sulzer power units (both were classified as BRCW Type 2s). Originally widely dispersed between Glasgow Eastfield, Thornaby and London Cricklewood depots, the whole class was subsequently concentrated in Scotland, where - with the earlier Class 26s - they formed the backbone of West Highland services for many years. The last example was withdrawn in 1987. Several examples survive in preservation but, as far as I’m aware, this green livery with full yellow ends is not represented. For the record, this digital representation is based on preserved 27001 and 26007 photographed at Oxenhope on the Keighley & worth Valley Railway (16-Oct-21).

All rights reserved; not to be posted on Facebook or anywhere else without prior written permission. Please follow the link below for additional information about my work and the techniques used:
www.flickr.com/photos/northernblue109/6046035749/in/set-7...