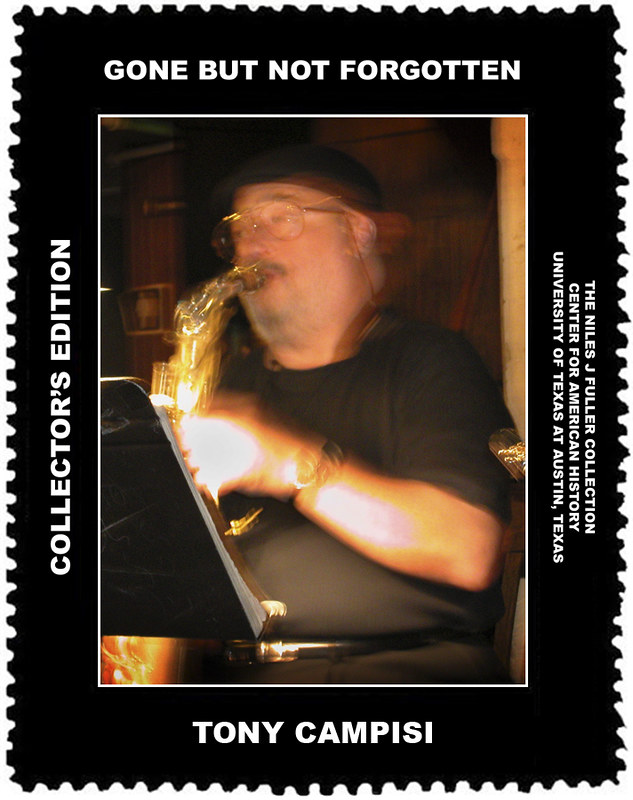 Tony Campise was a native of Houston, Texas. Campise settled to Austin, Texas in 1984 after several years on the road with the Stan Kenton Orchestra (Fire, Fury & Run, 1975). He performed in the jazz clubs on 6th Street, and also backed artists such as Frank Sinatra and Sarah Vaughan. He recorded five albums in the 1990s; his 1991 album Once In a Blue Moon was nominated for a Grammy. Campise died after suffering a brain hemorrhage. He had never fully recovered from an October 2009 fall, when he hit the back of his head.