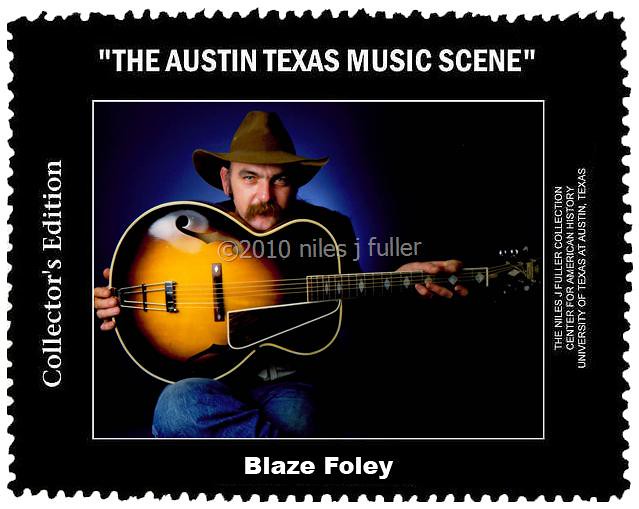 December 18, 1949 - February 1, 1989 Blaze Foley was born Michael David Fuller in Malvern, Arkansas but he grew up in Texas. He performed in a gospel band called The Fuller Family with his mother and sisters. After leaving home, he performed in Atlanta, Chicago, Houston and finally Austin, Texas, where even in this city of non-conformists his unusual character was noticed. He slept on friend's couches or under pool-tables in bars. He made the Austin Outhouse his home. He was close friends with another Texas legend, Townes Van Zandt.

His song "If I Could Only Fly" became a hit in the interpretation of Merle Haggard. His song "Election Day" was covered by Lyle Lovett on his 2003 album "My Baby Don't Tolerate" and his song "Clay Pigeons" was covered by John Prine on his Grammy Award winning 2005 album "Fair and Square." Joe Nichols pays tribute to "If I Could Only Fly" by recording it for his album "Real Things" released in 2007. Read more here: en.wikipedia.org/wiki/Blaze_Foley