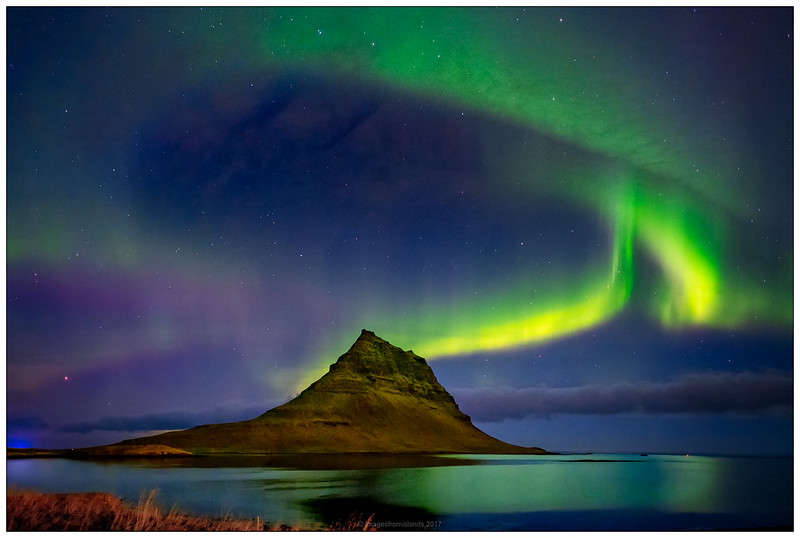 Archive pic of a spectacular Aurora Borealis event, from 28 September 2017 getting a dust off. A bit happier with my editing some years on but still having a few noise issues.

Kírkjufell is partially lit up by the sodium vapor lamps of Grundarfjörður town to the right, behind the camera - hence the grungy green/brown colour of the mountain. A half moon was hanging in there too somewhere to the west along with quite a deal of thin cloud resulting in reduced contrast in some of the beams.

The faint white spot at extreme left is near the carpark for the famous Kírkjufoss waterfall. Apparently there was a total scrum over there at the time with lots of rude photographers being not at all collegial.

I knew it would be a shambles at the waterfall so gave it a miss and shot this from an empty carpark just outside town. At one point the display was so intense I just stopped taking pictures and lay on the grass looking up (and feeling incredibly small :-)