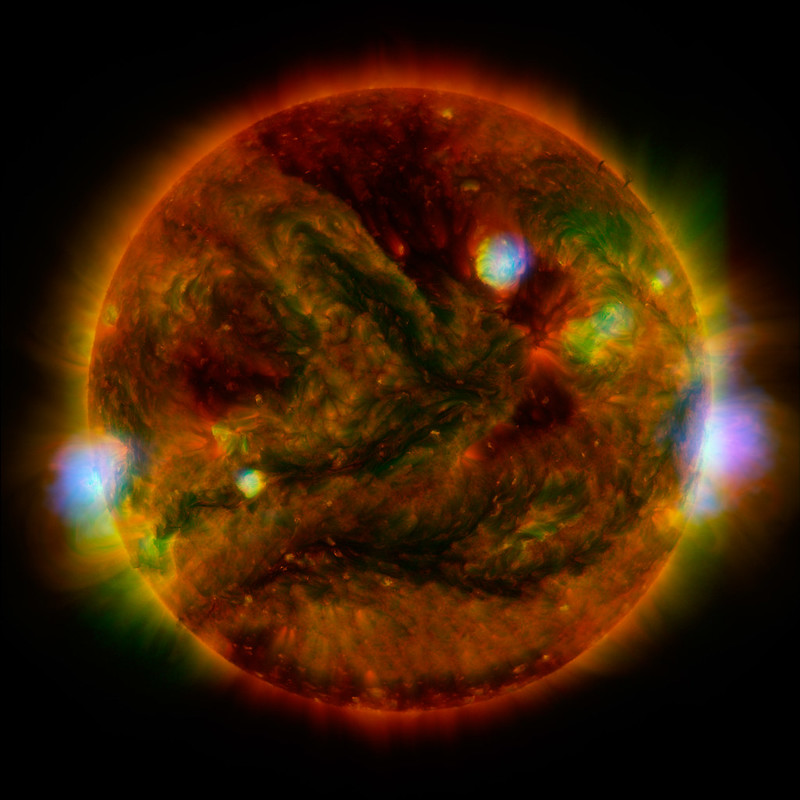 On April 29, 2015, NuSTAR, Hinode, and Solar Dynamics Observatory all stared at our Sun.

Flaring, active regions of our Sun are highlighted in this image combining observations from Nuclear Spectroscopic Telescope Array, or NuSTAR (shown in blue); low-energy X-rays from Japan's Hinode spacecraft are green; and extreme ultraviolet light from Solar Dynamics Observatory, or SDO, are yellow and red. This NuSTAR image is a mosaic made from combining smaller images.

The active regions across the Sun’s surface contain material heated to several millions of degrees. The blue-white areas showing the NuSTAR data pinpoint the most energetic spots. During the observations, microflares went off, which are smaller versions of the larger flares that also erupt from the sun's surface. The microflares rapidly release energy and heat the material in the active regions.