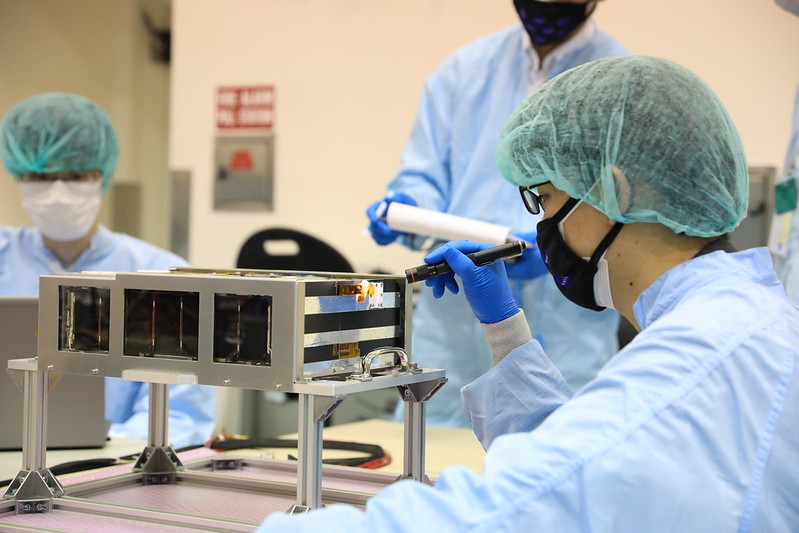 Two additional secondary payloads that will travel to deep space on Artemis I, the first flight of the Space Launch System (SLS) rocket and Orion spacecraft, are ready for launch.

The Team Miles and EQUilibriUm Lunar-Earth point 6U Spacecraft (EQUULEUS) CubeSats are tucked into dispensers and installed in the Orion stage adapter the ring that connects Orion to the SLS rocket. They are joining five other secondary payloads that were recently installed. These small satellites, known as CubeSats, will conduct a variety of science experiments and technology demonstrations. The CubeSats will deploy after the Orion spacecraft separates from SLS.

In this image, members of the EQUULEUS (EQUilibriUm Lunar-Earth point 6U Spacecraft) team prepare their CubeSat to be loaded in the Space Launch System’s Orion stage adapter for launch on the Artemis I mission. This CubeSat, developed jointly by the Japan Aerospace Exploration Agency (JAXA) and the University of Tokyo, will help scientists understand the radiation environment in the region of space around Earth called the plasmasphere.