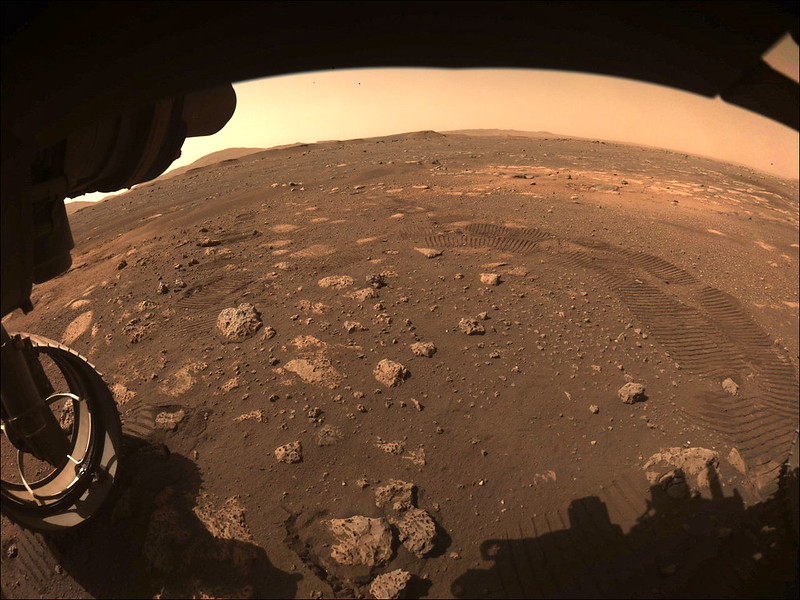 NASA’s Mars 2020 Perseverance rover performed its first drive on Mars March 4, covering 21.3 feet (6.5 meters) across the Martian landscape. The drive served as a mobility test that marks just one of many milestones as team members check out and calibrate every system, subsystem, and instrument on Perseverance. Once the rover begins pursuing its science goals, regular commutes extending 656 feet (200 meters) or more are expected.

This image was captured while NASA’s Perseverance rover drove on Mars for the first time on March 4, 2021. One of Perseverance’s Hazard Avoidance Cameras (Hazcams) captured this image as the rover completed a short traverse and turn from its landing site in Jezero Crater.