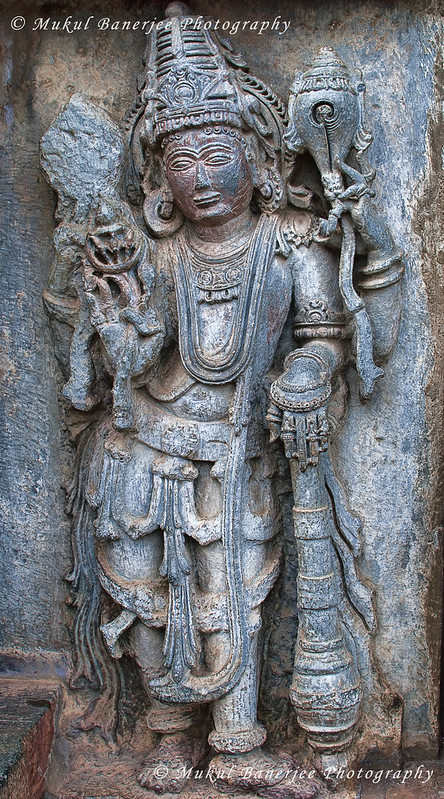 The Chennakesava Temple, (Kannada: ಶ್ರೀ ಚೆನ್ನಕೇಶವ ದೇವಸ್ಥಾನ) originally called Vijayanarayana Temple (Kannada: ವಿಜಯನಾರಾಯಣ ದೇವಸ್ಥಾನ), was built on the banks of the Yagachi River in Belur, by the Hoysala Empire King Vishnuvardhana. Belur, which was an early Hoysala capital is in the Hassan district of Karnataka state, India. It is 40 km from Hassan city and 220 km from Bangalore. Chennakesava (lit, "handsome Kesava") is a form of the Hindu god Vishnu. Belur is well known for its marvelous temples built during the rule of the Hoysala dynasty, making it and nearby Halebidu favored tourist destinations in Karnataka state. These temple complexes have been proposed to be listed under UNESCO World Heritage Sites.

The temple was commissioned by King Vishnuvardhana in 1117 AD. Scholars are divided about the reasons for the construction of the temple. The military successes of Vishnuvardhana is considered a probable reason. Some scholars believe Vishnuvardhana commissioned the temple to surpass his overlord, King Vikramaditya VI of the Western Chalukya Empire (who ruled from Basavakalyan), after his initial military victories against the Chalukyas. According to another theory, Vishnuvardhana was celebrating his famous victory against the Chola dynasty of Tamil country in the battle of Talakad (1116 AD), which resulted in the annexation of Gangavadi (modern southern Karnataka) by the Hoysalas. Another theory points to Vishnuvardhana's conversion from Jainism to Vaishnavism (a sect of Hinduism) after coming under the influence of saint Ramanujacharya, considering this is a predominantly Vaishnava temple in sculptural iconography. The Hoysalas employed many noted architects and artisans who developed a new architectural tradition, which art critic Adam Hardy called the Karnata Dravida tradition. In all 118 inscriptions have been recovered from the temple complex, covering the period 1117 AD to the 18th century, giving historians details of the artists employed, grants made to the temple and renovations committed during later times.