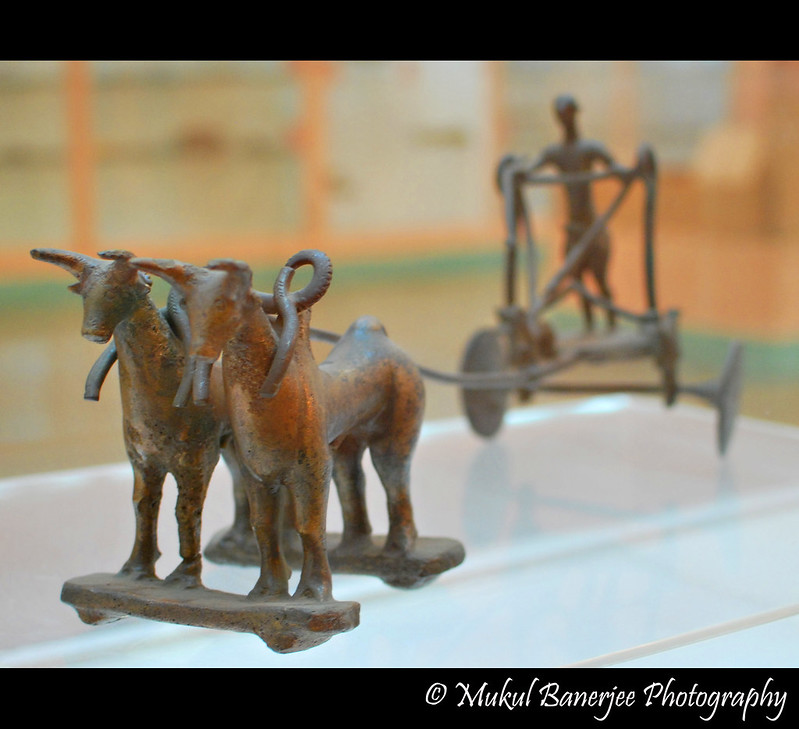 Metallurgy in India has a long and varied history. Bronze and copper were known during the period of the Indus Valley Civilization. The recovery of metal articles (including a bronze dancing girl) and the discovery of crucible with slag attached are clear indicators of the knowledge of casting (pouring molten-hot metal into moulds of the desired shape and size) and forging (hammering hot metal into required shapes). Further, this points to the fact that these early peoples could produce and handle temperatures as high as 1084° C (melting point of copper), as also 1065° C (gold), 960° C (silver), 327° C (lead), and 232° C (tin). Working with iron with its melting point at 1533° C was inarguably a later achievement.

Mohenjodaro, Harappa and Lothal are the three major sites of this civilization. At Lothal in the state of Gujarat, two types of kilns have been excavated, One, a circular kiln that measures 1 metre in diameter, that was most probably used for smelting copper ingots; the second, a rectangular kiln measuring 75 by 60 cms. with a depth of 30 cms. This is believed to have been used for casting tools.

The many metal discoveries at Lothal include figure, amulets, pins in the shape of a bird-head, miniature figures, and tools such as a curved or circular saw, a needle with an eye at the piercing end, and a bronze drill with twisted grooves. This last is by far the most important find of ancient tools because this single item led to an unparalleled precision at the time, and is widely regarded as the precursor to modern machine tools.

The above-mentioned tools are exceptional in the entire Indus Valley civilization, and neither do they bear resemblance to Harappan tools. Indeed, Lothal was already a prosperous town prior to the arrival of the Harappans sometime around 2450 BC and till 1600 BC.