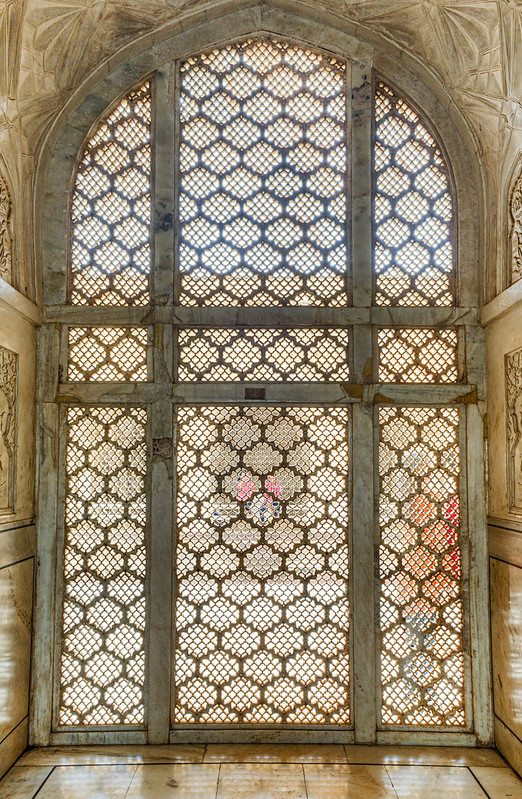 The Bibi Ka Maqbara (English: "Tomb of the Lady") is a tomb located in Aurangabad, Maharashtra, India. It was commissioned in 1660 by the Mughal emperor Aurangzeb in the memory of his first and chief wife Dilras Banu Begum (posthumously known as Rabia-ud-Daurani) and is considered to be a symbol of Aurangzeb's 'conjugal fidelity'. It bears a striking resemblance to the Taj Mahal, the mausoleum of Aurangzeb's mother, Mumtaz Mahal. Aurangzeb was not much interested in architecture though he had commissioned the small, but elegant, Pearl Mosque at Delhi. Bibi Ka Maqbara is the largest structure that Aurangzeb has to his credit.

The comparison to the Taj Mahal has often obscured its very own considerable charm. Due to the strong resemblance, it is also called the Dakkhani Taj (Taj of the Deccan). Bibi Ka Maqbara is the "principal monument" of Aurangabad and its historic city. An inscription found on the main entrance door mentions that this mausoleum was designed and erected by Ata-ullah, an architect and Hanspat Rai, an engineer respectively. Ata-ullah was the son of Ustad Ahmad Lahauri, the principal designer of the Taj Mahal. Aurangzeb's son, Azam Shah, was in later years put in charge of overseeing the repair-work of the mausoleum by Aurangzeb