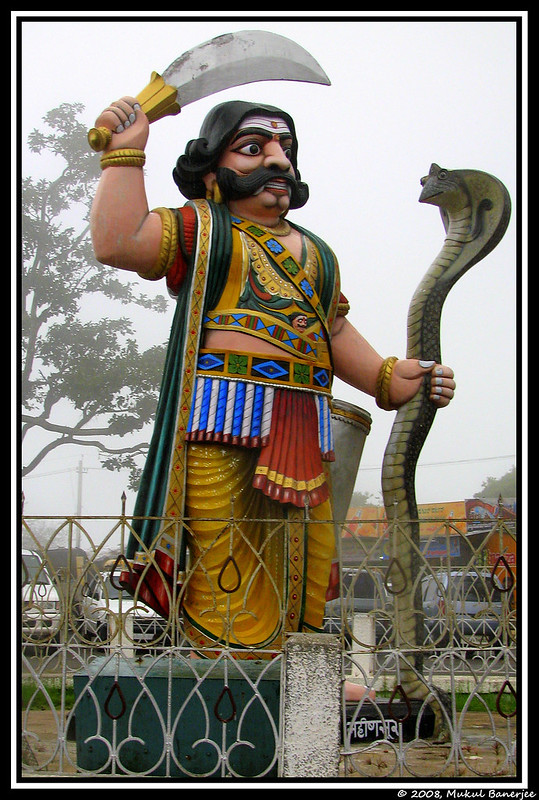 Chamundi Hills, the home of Goddess Chamundeshwari is about 335 metres high, can be reached by a 13 km road from Mysore.The temple of Chamudeshwari, the patron goddess of the Mysore Maharajas, has been held high in reverence for centuries, associated with the Hoysala ruler Vishnuvardhana, in 12th century and Vijayanagara rulers, in 17th century. In 1659, Maharaja Dodda Devaraja built a flight of one thousand steps leads up to the summit of the hill which is at a height of about 3000 feet.
Chamraja Wodeyar IV is said to have worshipped here in 1573. It is believed that he was saved from a lightning hit miraculously owing to the blessing of the Goddess. Krishnaraja III (late 18th century) built the temple tower and presented the Nakshatramalika jewel with sanskrit verses inscribed on it.


Mahishasura Mardhini, the one who vanquished the demon Mahishasura, Chamundeeswari, or Durga is the fierce form of Shakti. A colorful gigantic image of the demon, Mahishasura greets visitors as they reach the summit of the hill. During the reign of Dodda Devaraja, this statue was built, along with the steps leading up the hill.