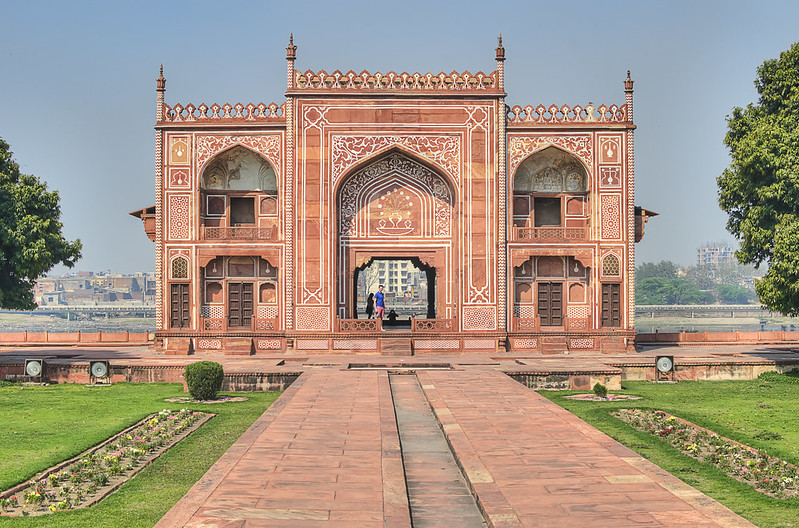 Along with the main building, the structure consists of numerous outbuildings and gardens. The tomb, built between 1622 and 1628 represents a transition between the first phase of monumental Mughal architecture – primarily built from red sandstone with marble decorations, as in Humayun's Tomb in Delhi and Akbar's tomb in Sikandra – to its second phase, based on white marble and pietra dura inlay, most elegantly realized in the Tāj Mahal.

The mausoleum was commissioned by Nūr Jahān, the wife of Jahangir, for her father Mirzā Ghiyās Beg, originally a Persian Amir in exile. who had been given the title of I'timād-ud-Daulah (pillar of the state). Mirzā Ghiyās Beg was also the grandfather of Mumtāz Mahāl (originally named Arjūmand Bāno, daughter of Asaf Khān), the wife of the emperor Shāh Jahān, responsible for the construction of the Tāj Mahal