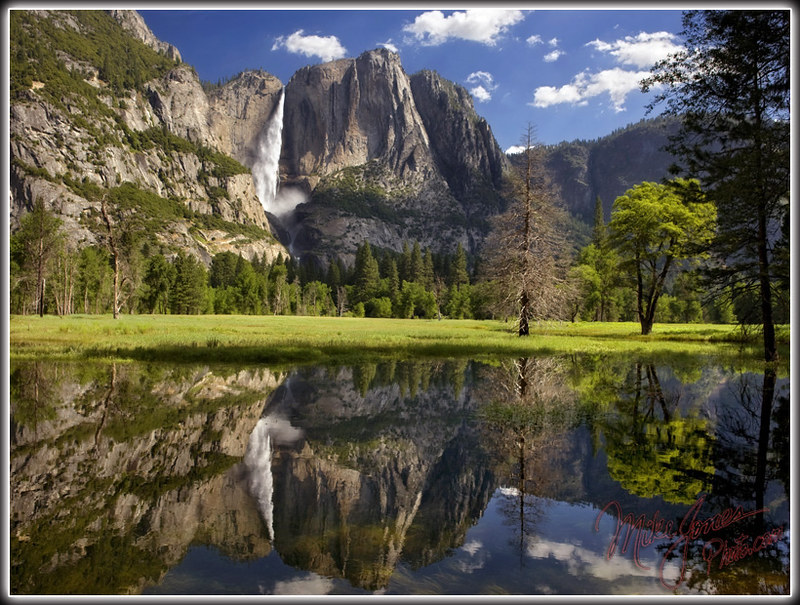 I wanted to avoid getting the photo that everybody gets in Yosemite Valley. There is a footbridge over the Merced river in the middle of the valley that about nine million photographers a day shoot this scene from. Well… The water is moving so fast in that river right now, there isn't a chance in hell of getting any kind of reflection in that water. So… I did some exploring around the area and found that the river was so high, it had spilled out of it's banks and created these big puddles in the forest along it's shores. There usually isn't even water in this spot, but this week, it was just deep enough and still enough to create a perfect mirror reflection. This was last Tuesday morning when the first clouds were just starting to roll in for that evenings storm.

The waterfall you see is Upper Yosemite Falls. There is also a middle and lower Yosemite Falls which are hidden from this angle. The three together have a combined drop of nearly 2500 feet, making it one of the tallest waterfalls in the world.