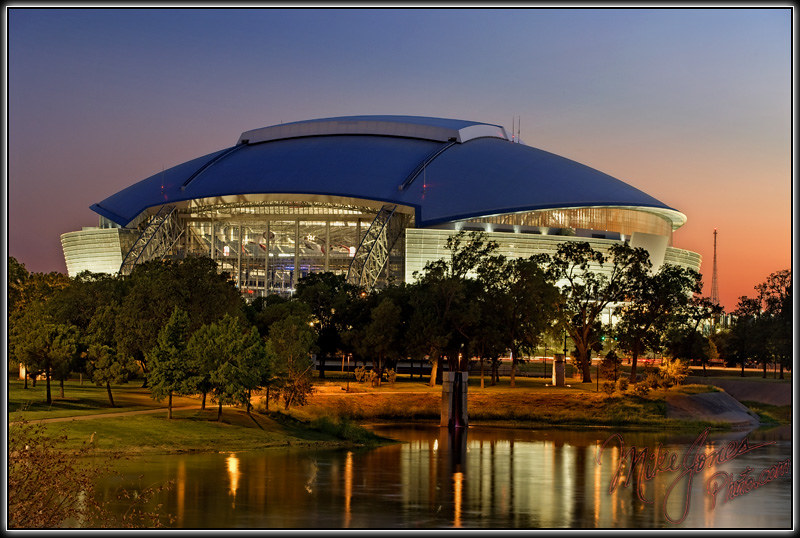 I was never going to post this photo, because I absolutely hate the Dallas Cowboys (I'm from New Jersey. Cowboys fans are SHOT, there) But… Since the Super Bowl ended up being such a good game, I thought I'd throw it up on here. This was where it was played. Though, it looked a little colder there this week.

I shot this last summer while visiting Dallas. My boss needed some photos of the new stadium. As much as I hated the thought of having to shoot the Cowboys stadium, I must begrudgingly admit… It was the most spectacular stadium I have ever seen. It was fantastic to shoot. The lighting was great, and the lake made an awesome foreground. I have shot stadiums before. Usually the foreground is… A parking lot… Concrete barricades… Parked cars… Fencing… Dumpsters… Overhead power lines… And, usually in the distance, you can see an angry looking security guard walking towards me to tell me I can't take a photo of the stadium.