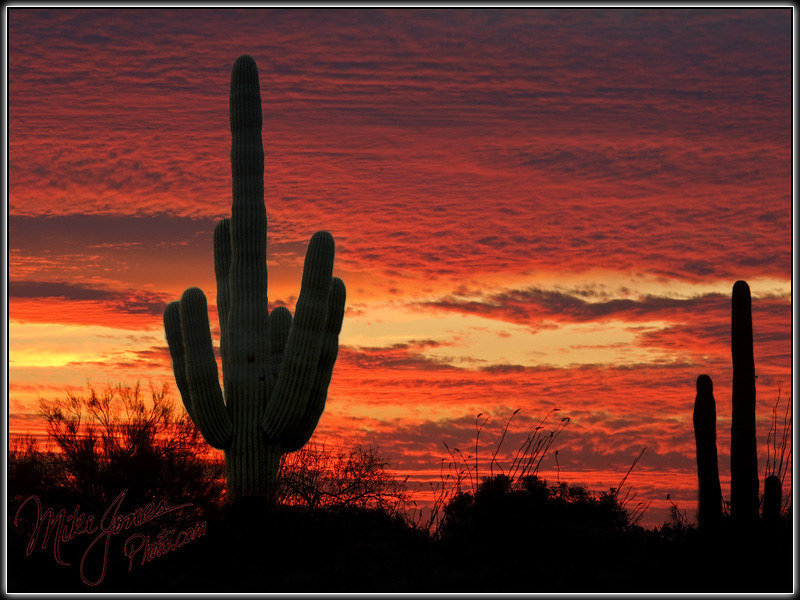 Well… Big 'Roadtrip 2010' has finally come to an end. I just returned to home base in Mesa, Arizona, a few days ago. I left in mid, May, so It's been nearly seven months on the road. I've had the same routine for the past several years. 6-7 months on the road, then spend the winter in Mesa to catch up on computer work.

This trip has been interesting. Not great, but, interesting. Alright… To be perfectly honest… It's been my worst roadtrip in the five years that I have lived in the motorhome! Yeah, there have been a few good moments. But… They have been few and far between. It ended well. The last couple of weeks have been great for photography. Bisti Badlands was awesome. I had some great shooting at Monument Valley. But… In general… This has been kind of the Murphy's Law trip. Anything that could go wrong, went wrong. Anything that could break, broke.

The weather was the biggest kick in the ass. Motorhomes are just not built for temperature extremes. The air conditioning is not great. The heat is not great. When I decided to live in a motorhome, the whole idea was to go to warm places in the winter, and cool places in the summer. That didn't really work out this summer. I knew this trip had to happen, and I'm glad to get it over with. The company I shoot for covers everything from St Louis to San Diego. Last summer I just covered the western half of our territory. Coast of California. Utah. Western Colorado. Basically… All the cool stuff. That meant that, this year, I had to shoot the eastern half of our territory. Timing just didn't work out too well. I spent the first couple of months in northern Arizona, and New Mexico, where it was HOT! Then, by the end of july, I had moved on to Texas, where it was really, really, REALLY, HOT!!!!!!!!!!!!!!! Like… About 105 degrees for two months straight!!! Then on to Louisiana, where it was HOT, and HUMID! (though, I actually rather liked Louisiana) Then on to Oklahoma, where it was STILL HOT!! After all the heat, I just wanted to get as far into the mountains as possible. I drove to a friends house in Colorado. He lives at 9000 feet elevation. When I left Oklahoma, it was 102 degrees. The next morning, when I woke up in Colorado, it was 28 degrees. Yes, seriously! That was a shock! It has been freezing ever since. I went to Denver, where it was COLD! Boulder was COLD! Colorado Springs, was COLD! The last leg of the trip was in New Mexico, where it was REALLY COLD!!! I had several nights in the single digits. The motorhome has never seen cold like that before. My final, REALLY cold night was in Farmington, NM. That one really did me in. It got down to 5 degrees. Even with an electric heater placed down by my water lines, and my faucets left dripping all night, my water system still froze and cracked in about five different places.

So… I'm glad to be back. I don't love Mesa. But… It's warm here. I know where everything is. It feels really good to be back in a familiar place after months of being in various random places. So, now it's time to look back through all the crappy photos I have shot of all the crappy places I have visited this summer. I will be posting a random assortment of all that crap over the next several months, as well as some new photos of the crappy scenery around Mesa. There should be lots to look forward to!

Now that I have gotten the eastern stuff out of the way. Next summer's trip should be a GREAT one. I would really like to see Yosemite and Lake Tahoe again.