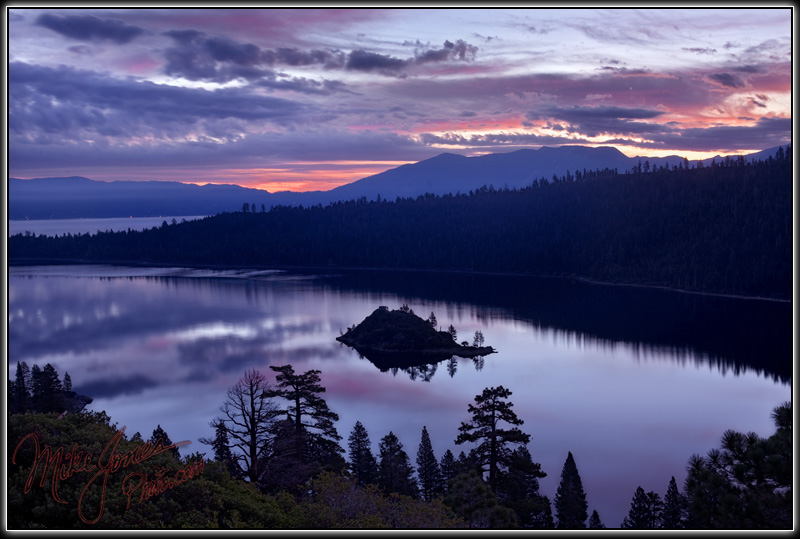 After a couple of days in Reno, next stop was Lake Tahoe. I LOVED it there! This is Emerald Bay, where I met up with my flickr friend Rob, and we caught one of the most amazing sunrises I've ever seen. It just wouldn't quit. We got there nearly an hour before sunrise. This is one of the first ones I shot that morning, at dawn's first light. It's an eight second time exposure. It was still almost completely dark.

I'm not normally into posting youtube videos and stuff on flickr, but I just wanted to share this. I'm amazed how few people have heard of her yet. A month or so ago, I was watching some talk show, and they were talking about the "internet singing sensation" Charice. They played a clip, and I thought 'HOLY CRAP!' So I went on youtube to see what they were talking about. Her name is Charice Pempengco. She's 16 years old, from the Philippines. A little over a year ago, when she was only 15, Ellen DeGeneres discovered her and flew her over here to have her on her show. Since then, she's been back and fourth as a guest on a bunch of different shows and events. Now she's been discovered by David Foster who will probably make her into the next big superstar. I hate to admit, I watch American Idol. In all the seasons of the show, I don't think I've ever heard a voice quite like this. She sings Whitney songs, Aretha songs, and Mariah songs effortlessly. All the songs that always make Randy Jackson say "Yo Dog, that song was just WAY too big for you Dog"... I'm just blown away by this girl.

This one is from just a couple weeks ago...