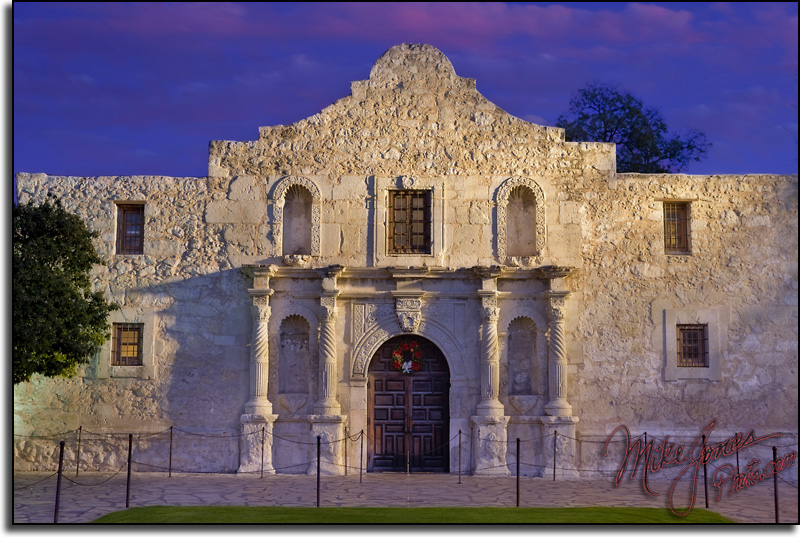 I shot so many photos of the Alamo, while in San Antonio last week, I figured I would wait until I left to look through all of them and pick some of my favorites. I'm going to just post them all at once, and get it over with. I did several daytime shots of the main building, but I'm not even going to post them. Morning light sucked, afternoon light sucked, evening light sucked. I just don't like any of my daytime shots at all. The only shots I really liked were the sunset ones, and the dusk shots.

I shot these first three at dusk.

If I go into the entire history of the Alamo, this will end up longer than a Chaybert story. So I'll just give a very brief history of the famous battle at the Alamo. During the early part of the 1800's, the US and Mexico were having an ongoing battle over the ownership of the southern part of Texas. The Alamo was being held by a group of about 150 Texans. February, 1836, the Mexican Army launched an assault on the Alamo. The battle lasted about 10 days. The Texans were completely outnumbered by the thousands of Mexican soldiers. The Texans fought them off for a while, but eventually the Mexican Army gained access inside the fort, and slaughtered every single Texan inside. And, thus, "Remember The Alamo" became the battle cry of the Texan Army from then on.