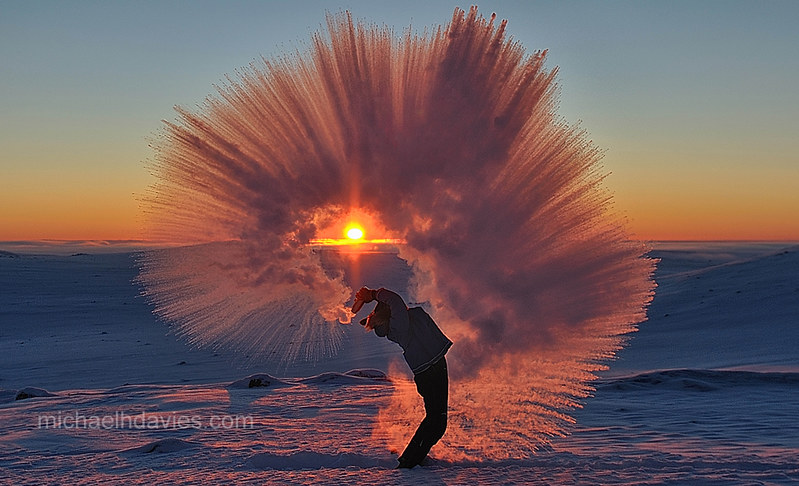 The shot that went viral from the Arctic.

Here's a little bit about the photo. I live in the remote fly in community called Pangnirtung in Canada's High Arctic. Between sunrise and sunset we have only 2 .5 hours of light. (Not all usable). around 1pm I jumped on my skidoo along with my friend Markus and we drove 45min up to the top of a nearby mountain where the light ( which is almost always pink near the solstice ) would hit the hills. Prepared with multiple thermos filled with tea we began tossing the water and shooting. Nothing of this shot was to chance, I followed the temperature, I watched for calm wind, planned the shot and set it up. Even the sun in the middle of the spray was something I was hoping for (even though it's was impossible to control).