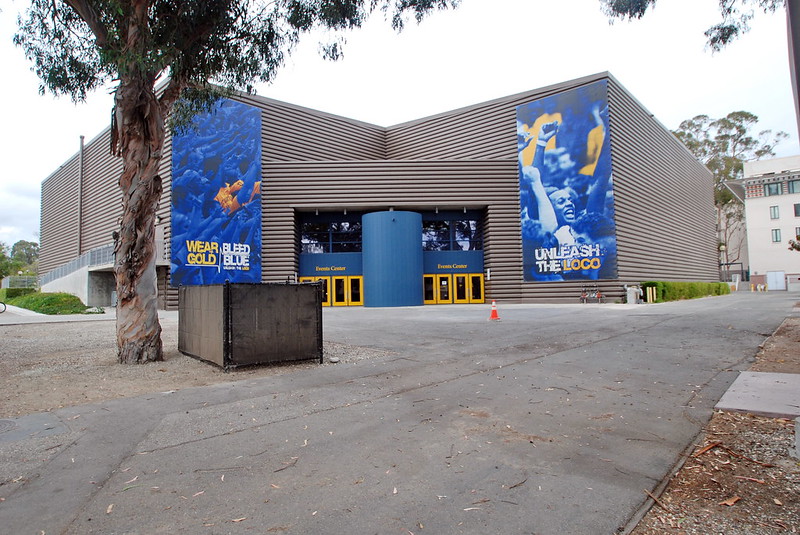 UC Santa Barbara Events Center, originally known as Campus Events Center and now most commonly known as The Thunderdome, is a 5,600-seat, indoor multi-purpose stadium on the campus of the University of California, Santa Barbara in Santa Barbara, California. The Thunderdome was built in 1979, originally under the name of Campus Events Center. Along with Harder Stadium, it has since become one of the most patronized venues at UC Santa Barbara. After a naming contest and vote among students and faculty (which included some tongue in cheek nominations such as "Yankee Stadium", the Jerry Brown Arena, the Corrugated Fortress), it was eventually given the generic name "Campus Events Center". Eventually, the name was unofficially shorted to the "ECen" (much like UCSB's University Center being called the "UCen").

Please do not use this image in any media without my permission.
© All rights reserved.