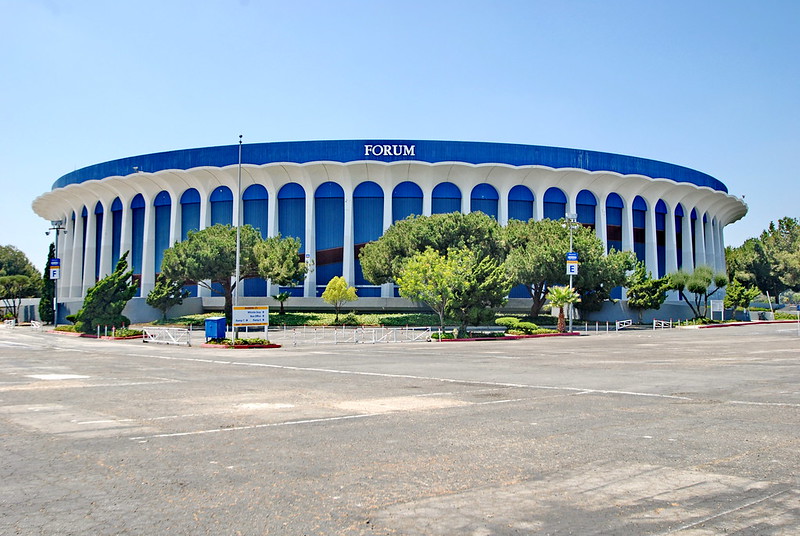 The Forum (known also as the Great Western Forum) was one of the best-known sports venues in the US achieving its greatest fame as the home of the Los Angeles Lakers and the Los Angeles Kings betweem 1967 and 1999, when both teams moved to Staples Center in downtown Los Angeles. The facility hosted the 1972 and 1983 NBA All-Star Games, the 1981 NHL All-Star Game, the 1984 Summer Olympics Basketball tournament and the 1989 Pacific-10 Conference men's basketball tournament.

Since 2000, the Forum been owned by the Faithful Central Bible Church, occasionally using it for church services and also leasing the building for sporting events and other events. The Forum is located at 3900 West Manchester Boulevard in Inglewood, California.