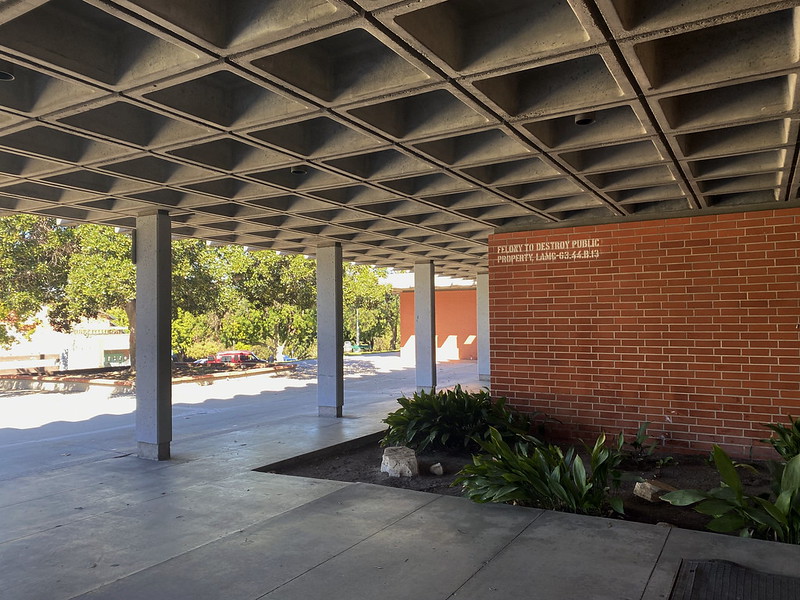 Architects Joncich, Lusby & Associates Architects designed the Modernist style George H. Peck Memorial Community Center in 1969. The center honors George Huntington Peck, Jr. (1856 – 1940) a real estate broker and developer who began his career as a railroad conductor, credited with driving the first Southern Pacific train into San Pedro. Convinced of the need for harbor facilities, he later bought land along the seashore and, in 1890 established the first bank in San Pedro.

Peck eventually acquired virtually all of San Pedro and much of the north part of what became Manhattan Beach. He also subdivided and laid out the small town of El Porto, originally called "Peck's Beach", which was eventually annexed by Manhattan Beach and became part of its north end. He built Peck's Pier. Among his larger real estate transactions were the sale of properties for the Standard Oil (now Chevron) refinery at what became El Segundo and the Army's Fort MacArthur at San Pedro.

Located at 560 Western Avenue in San Pedro, California. Please do not use this image in any media without my permission. © All rights reserved.