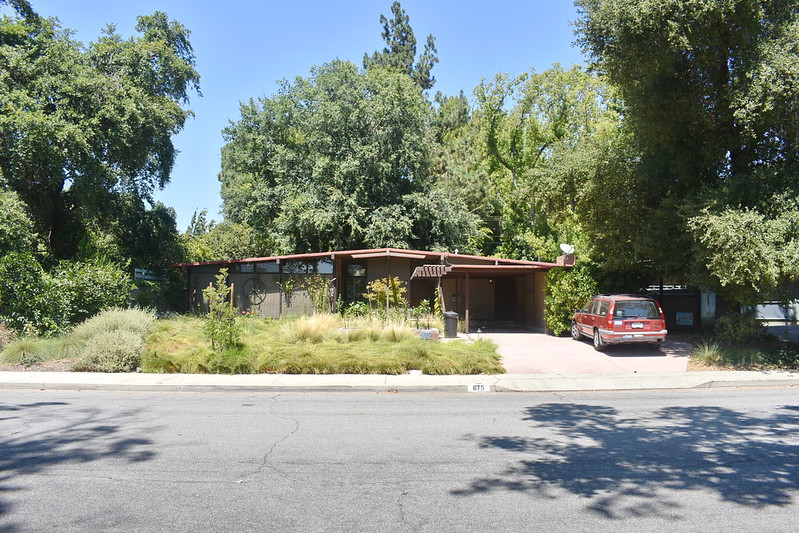 Architect Fred McDowell designed the Modernist style house for artist Karl Benjamin and his wife Beverly nee Paschke Benjamin in 1955. Karl Benjamin, a celebrated painter whose vivid geometric abstractions brought him international acclaim, commissioned his first home from a young Claremont architect named Fred McDowell.. At the time the house was built, the Benjamins were admittedly somewhat naïve about modern architecture and McDowell had been recommended to them by their realtor. Built in an old orange grove the home is an early McDowell design, yet exhibits many of the elements that would later become his trademarks.

Karl Benjamin (1925-2012) was a painter known for his vibrant geometric abstractions, who rose to fame in 1959 as one of four Los Angeles-based Abstract Classicists. The "Four Abstract Classicists" exhibition put his work under a national spotlight featuring his work as well as that of Lorser Feitelson, John McLaughlin and Frederick Hammersley.

The Benjamin House is located at 675 West 8th Street in Claremont, California.