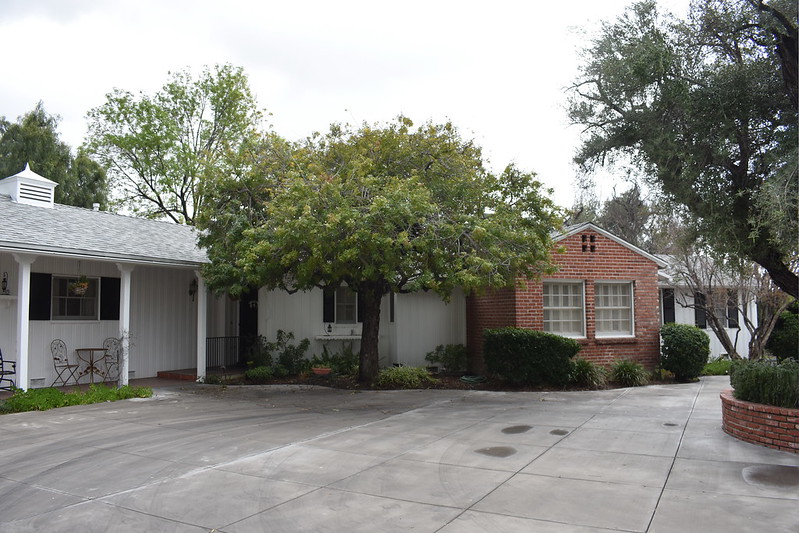 Architect Paul R. Williams designed Breezy Top Ranch for actor Richard Arlen and his second wife Jobyna Ralston in 1937. The acting couple met on the set of the film Wings, which has the distinction of winning the first Academy Award for Best Picture in 1927. They had one son, Richard Arlen, Jr. Like many other well-paid actors, Arlen was actively engaged in the booming real estate market in the San Fernando Valley;; he also operated a forty-acre farm, raising livestock and alfalfa.

Jobyna divorced her husband in 1946 on grounds of desertion (after being separated for seven years). In the same year he privately married 31-year old New York socialite Margaret Kinsella. keeping the matter secret for six months. They would stay married until his death on March 28 1976.

Building permits were issued for the house on October 28, 1936 for a "residence and four-car carport" with R.R. Howden listed as contractor at 19001 Devonshire Street. The address was later changed to 10500 Wystone Avenue in Northridge, California.