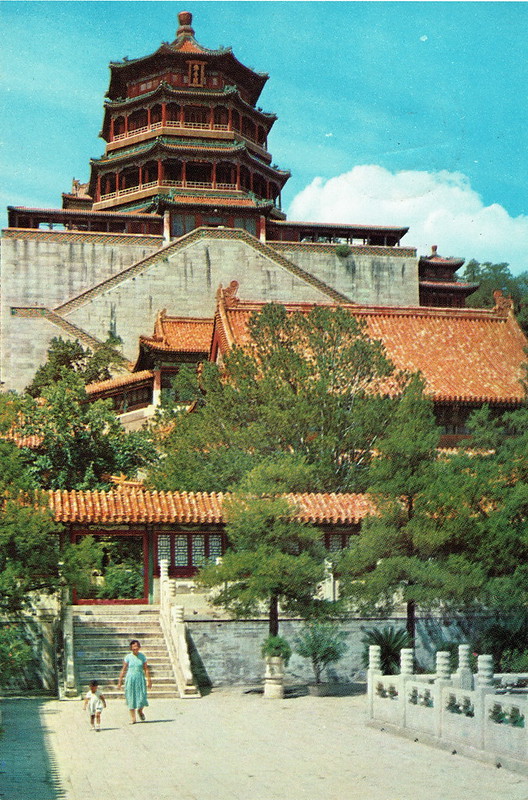 As the symbolic structure in the Summer Palace, the Tower of Buddhist Incense was built on the Longevity Hill during the reign of Emperor Qianlong. It is a classic work of Chinese architecture. It was a religious structure originally planned to be a nine-story tower, but ordered to be dismantled and change to a Buddhist tower for worshipping Buddha when the eighth story was under construction. Like many buildings in the Summer Palace, this largest individual structure in the park was destroyed and rebuilt later during the reign of Emperor Guangxu. On the first day and fifteenth day of each lunar month, the Empress Dowager Cixi would go there to pray and burn joss sticks. In 1989, the Tower of Buddhist Incense was opened to the public, and underwent reconstruction in 2006. The Tower of Buddhist Incense now retains its original beauty as it was in the celebration of Empress Dowager Cixi’ 60th birthday.