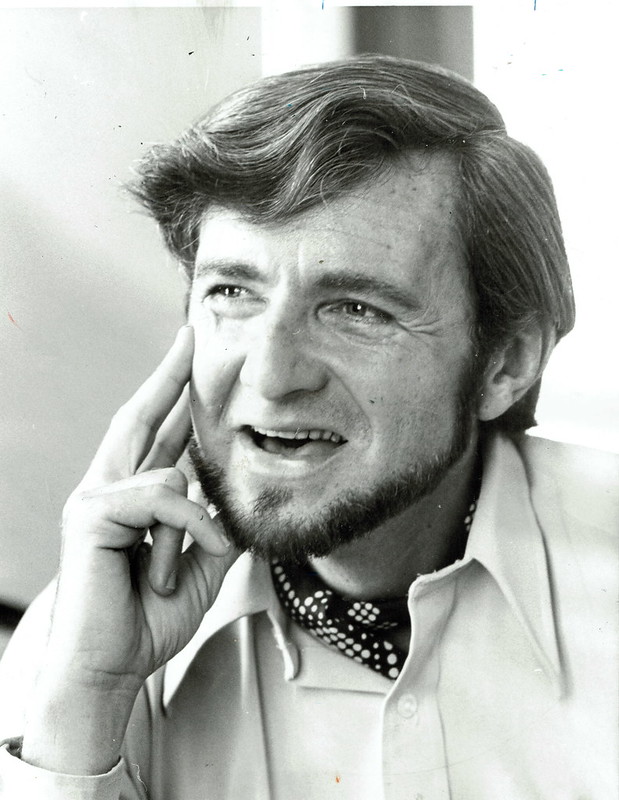 Chicago Daily News, April 17, 1971- James Leo Herlihy, one of the more successful writers of the last decade, is thinking of abandoning fiction. As so many talented writers have done recently, he's toying with the idea of becoming a journalist.

"I don't want to write a lot more fiction unless it turns out that's all I can do. I'm interested in the revolution right now and what's happening in the country and the world. Most of fiction deals with some little neurotic in his private corner, and what's going on today is so fascinating that fiction sort of pales by comparison.

"it seems to me there is more that I can do than write fiction. If I can use my craft to address the situation more directly, I'd be pleased about that."

It might seem odd that the 43-year old author should talk like this since he was in Chicago to promote a new novel, "The Season of the Witch" (Simon & Shuster, $6.95). But as he explains, it becomes perfectly natural.

The novel concerns a teenage girl who flees her bitter, empty, broken home situation in the Midwest for a hippie commune in New York City. However, unlike Herlihy's earlier novels of the loners and victims who exist on the fringes of society ("Midnight Cowboy," "All Fall Down"), the new novel burst with, and ends upon, a bright hope. "I would like this book to be read by as many people as possible because I like what's in it," Herlihy says. "I like the way it illuminates the seed of what I imagine will be the new culture."