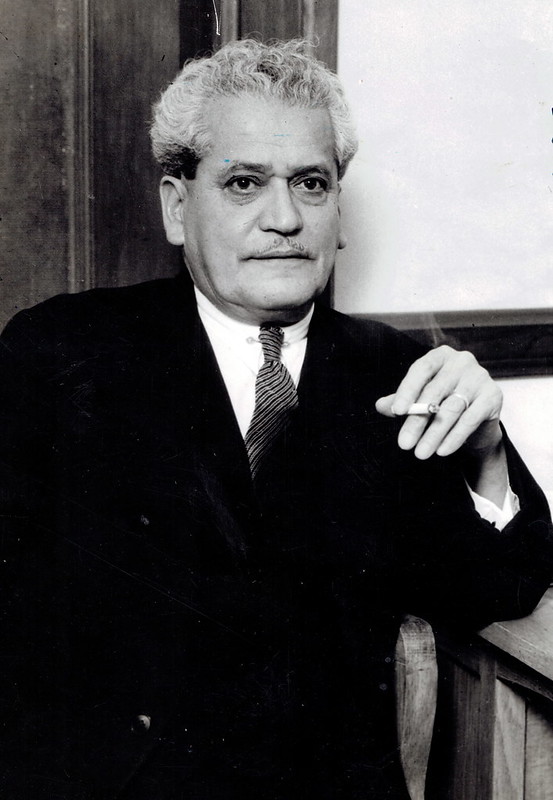 Enrique Flores Magón shown as candidate for the presidency of Mexico c.1939. Enrique was one of the candidates for Mexico's presidency whose name has has been connected "one way or another" with the Mexican revolutions since 1910. Magón was recently appointed a candidate by a group of ciizens from the state of Michoacan. 8 August 1939. The Mexican Revolution of 1910 – 1920 (with continued unrest through the 1920s) transfigured Mexican society and had significant impact on Los Angeles as well. The thousands of Mexican refugees driven to El Norte by the decades of social upheaval were attracted to L.A., specifically, by the city’s phenomenal industrial spurt during the same period. The immigrant influx was so great that the city’s population, whose Mexican proportion had dwindled from ninety percent at the outset of the American period in 1850 to ten percent by 1900, by 1929 boasted the largest Mexican community in the United States.

Mention the Mexican Revolution to the average Angelino today, however, and you’re lucky if the names Zapata and Pancho Villa—its legendary rebel leaders—spring to mind. The better informed might dredge up Madero, Huerta, Carranza and Obregon—who played musical chairs replacing dreaded dictator Porfirio Diaz as heads of state. Odds are only a rare individual has heard of Ricardo Flores Magon. Yet not only was he a key figure in the Revolution; he alone among the figures listed above also lived, before and during the Revolution, in Los Angeles and a good portion of that time in Silver Lake.

Ricardo had been a thorn in the side of the dictatorship since co-founding the opposition newspaper Regeneracion in 1900. He also would have been among the first to mount the barricades in 1910 had he not been forced to flee with his younger brother Enrique in 1904, to escape almost certain execution by the Diaz regime. Nor did the brothers’ agitation stop at the border. From exile in the U.S., despite hounding by Diaz operatives and their American accomplices, Ricardo and Enrique, together with fellow exiled dissidents and supporters in Mexico, continued to publish and distribute Regeneracion in their homeland. In 1905 they formed a new political party,

Partido Liberal Mexicano (Mexican Liberal Party, or PLM), with Ricardo as president. Insert pic. 251 In 1906, they formulated a Program and Manifesto (or Plan), which historians regard as “perhaps the most important, comprehensive, and far-reaching document of the Mexican Revolution, . . . [inspiring] the relatively mild reforms of Francisco I. Madero as well as the revolutionary agrarian program of Emiliano Zapata. The framers of today’s Mexican Constitution also borrowed heavily from it . . . [including] probably the most radical labor code at that time.

Rejoining the revolutionary struggle with a vengeance in 1900, Ricardo co-founded, with older brother Jesus and fellow law school alumnus Antonio Horcasitas, the above-mentioned Regeneracion. He also began demonstrating a flair for fiery oratory in support of the newly formed Liberal Party and, during downtime from the paper’s serial shutdowns and his own multiple imprisonments (one for as long as a year), honed his ideology: synthesizing his father’s agrarian communalism with the industrial anarcho-syndicalism of Proudhon, Kropotkin and Bakunin.

As Ricardo’s threat to Diaz grew, so did the regime’s countermeasures. In 1903, at a demonstration Ricardo and Enrique took all the way to the dictator’s palace, “only the crowds around them saved them from execution.” And when the courts declared any further publication of Ricardo’s writings illegal, and one of his jailers told Ricardo point blank that if he wrote another word in Mexico “you are a dead man,” exile became the only alternative.

The Land of the Free would prove anything but for Ricardo, Enrique and a small group of supporters. Collusion between the Diaz and American governments, spearheaded in the U.S. by ex-Pinkerton detective Thomas Furlong, forced the revolutionaries, when they weren’t behind bars, to be continually on the run—from Laredo and San Antonio to St. Louis and Toronto to Quebec and back down to El Paso and finally, in 1906, to Los Angeles.