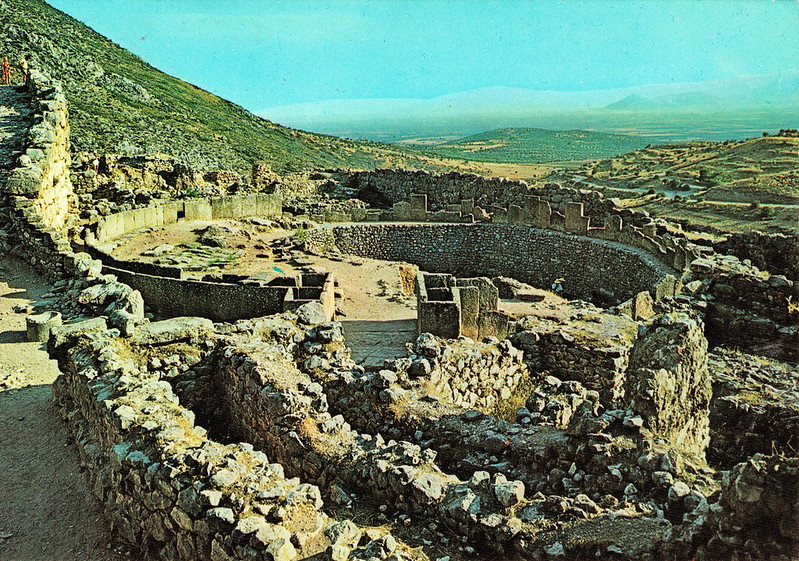 The Royal Tombs of Mycenae, officially known as Grave Circle A, is a 16th-century BC cemetery situated to the south of the Lion Gate, the main entrance of the Bronze Age citadel of Mycenae in southern Greece. The graves give important clues of the early phase of the Mycenaean civilization.

The circle contains six shaft graves, where a total of nineteen bodies were buried. It has been suggested that a mound was constructed over each grave, and funeral stelae were erected. Among the objects found were a series of gold death masks, additionally beside the deceased were full sets of weapons, ornate staffs as well as gold and silver cups. The site was excavated by the archaeologist Heinrich Schliemann in 1876, following the descriptions of Homer and Pausanias. One of the gold masks he unearthed became known as the "The Death Mask of Agamemnon", ruler of Mycenae according to Greek mythology. However, it has been proved that the burials date circa three centuries earlier, before Agamemnon is supposed to have lived.
Please do not use this image in any media without my permission. © All rights reserved.