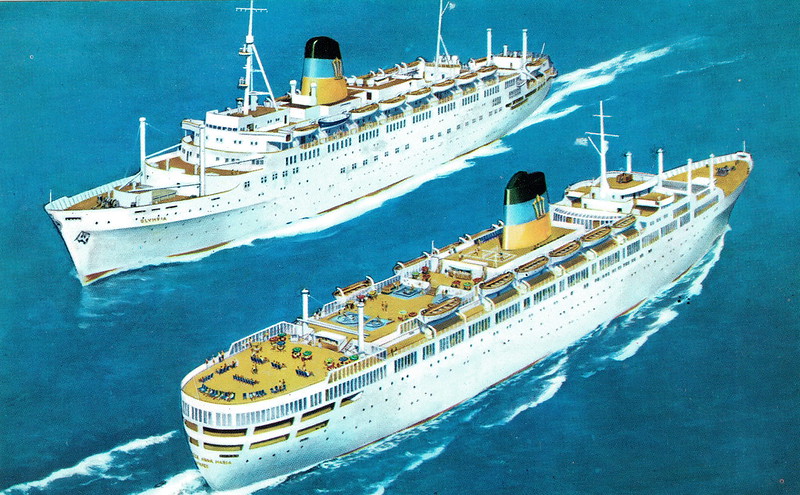 Empress of Britain was built by Fairfield Shipbuilding in Govan near Glasgow, Scotland. She was launched on June 22, 1955 by HM Queen Elizabeth II. This was nearly fifty years after the first CP Empress of Britain was launched from Govan in November 1905. Eleven months later, she set out on a maiden voyage from Liverpool to Montreal, leaving Liverpool on April 20, 1956. MS Regal Empress was a cruise ship that recently operated for Imperial Majesty Cruise Line. She was built in 1953 by Alexander Stephen & Sons at Glasgow, Scotland as the ocean liner SS Olympia for the Greek Line. Greek Line withdrew the Olympia from service in 1974. Following an extended lay-up period and reconstruction into a diesel-powered Caribbean cruise ship, the ship re-emerged in 1983 as MS Caribe I for Commodore Cruise Line. In 1993 she was sold to Regal Cruise Line and received her final name. She operated for Imperial Majesty Cruise Line from 2003 until 2009. The Regal Empress was also the last vintage passenger ship to regularly sail from the United States.

Please do not use this image in any media without my permission.
© All rights reserved.