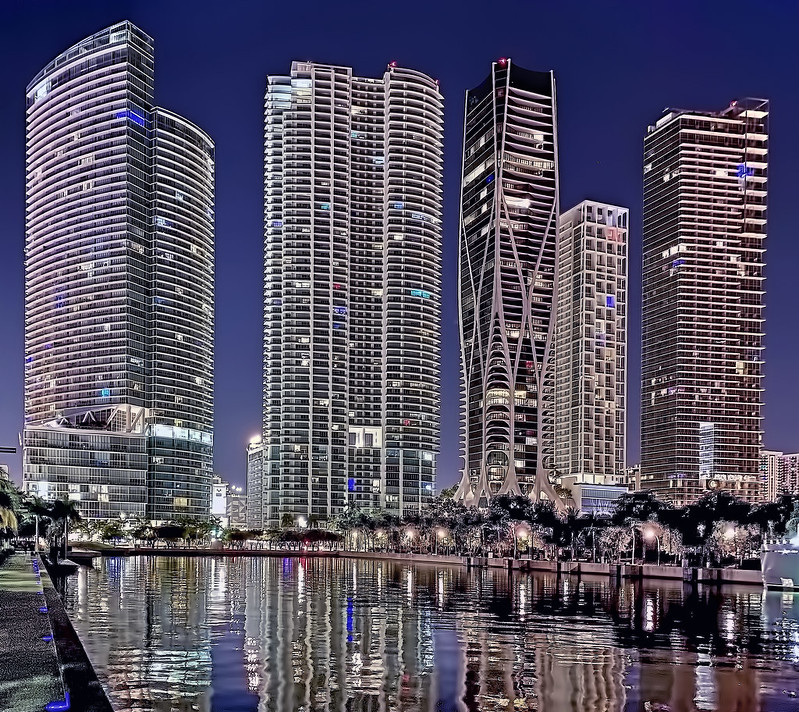 Miami is a seaport city at the southeastern corner of the U.S. state of Florida and its Atlantic coast. As the seat of Miami-Dade County, the municipality is the principal, central, and the most populous city of the Miami metropolitan area and part of the second-most populous metropolis in the southeastern United States.

According to the U.S. Census Bureau, Miami's metro area is the eighth-most populous and fourth-largest urban area in the U.S., with a population of around 5.5 million.

Miami is a major center, and a leader in finance, commerce, culture, media, entertainment, the arts, and international trade. In 2012, Miami was classified as an Alpha−World City in the World Cities Study Group's inventory. In 2010, Miami ranked seventh in the United States in terms of finance, commerce, culture, entertainment, fashion, education, and other sectors. It ranked 33rd among global cities. In 2008, Forbes magazine ranked Miami "America's Cleanest City", for its year-round good air quality, vast green spaces, clean drinking water, clean streets, and citywide recycling programs.

According to a 2009 UBS study of 73 world cities, Miami was ranked as the richest city in the United States, and the world's fifth-richest city in terms of purchasing power. Miami is nicknamed the "Capital of Latin America" and is the largest city with a Cuban-American plurality.

Miami has the third tallest skyline in the U.S. with over 300 high-rises. Downtown Miami is home to the largest concentration of international banks in the United States, and many large national and international companies. The Civic Center is a major center for hospitals, research institutes, medical centers, and biotechnology industries.

For more than two decades, the Port of Miami, known as the "Cruise Capital of the World", has been the number one cruise passenger port in the world. It accommodates some of the world's largest cruise ships and operations and is the busiest port in both passenger traffic and cruise lines.

Metropolitan Miami is the major tourism hub in the American South, number two in the U.S. after New York City and number 13 in the world, including the popular destination of Miami Beach.