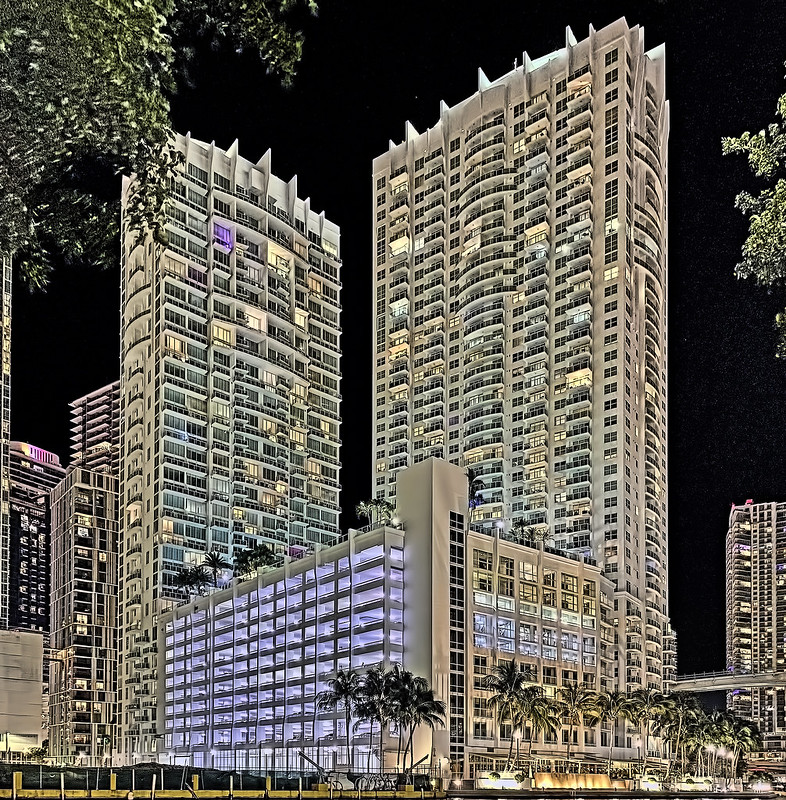 Brickell on the River is a complex of residential towers in Downtown Miami, Florida, United States. The complex consists of a 42-story North Tower, which was completed in 2006, a 46-story South Tower built in 2007, and a central plaza between both towers, containing a restaurant, riverfront promenade, and complex amenities. The North Tower took 31 months to build, as construction began in December 2003, and was completed in July 2006. The North Tower's official height is 423 feet (129 m) while the South Tower sits at 482 feet (147 m). Construction began in 2004 and opened in December 2007.