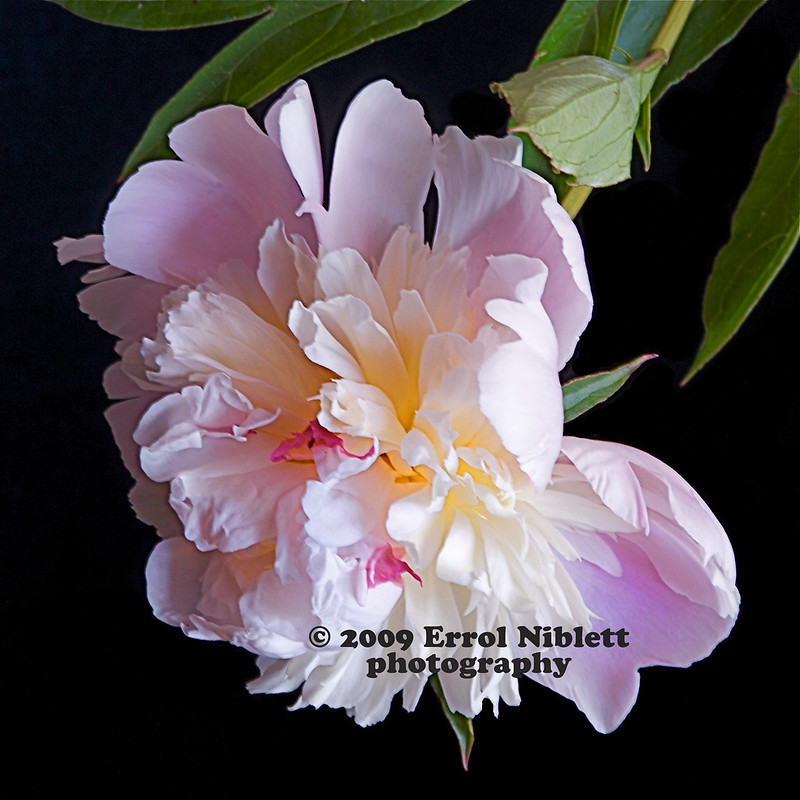 "LADY IN PINK" - Peony, fully opened, reveals a frilly petticoat of cream and gold under a skirt of now-fading pink. Nikon D300; 27 May 2009; 11:47 am. Oradour Fanais, in the Charente, France.
Even more so than magnolias, peonies have a very brief display, but how magnificent they are! Often the individual blooms become so heavy that they bow down on arching stems till they almost touch the ground. This lovely plant, with successively opening flowers, is in bloom for no more than ten to fourteen days in late May/ early June, and the individual flowers have an even shorter life-span, but well worth waiting for each year. Click here to view the above image LARGE
This is the final of four stages in the opening of the peonie, from tightly closed, fist-like bud, to delicate, frilly, open flower. The previous three stages of development, shown below in reverse order, were taken on Monday 25 May 2009 - a beautiful sunny day which began with a heavy dew. This image of the opened flower was taken two days later. Click on any individual image below to comment on or to enlarge it.