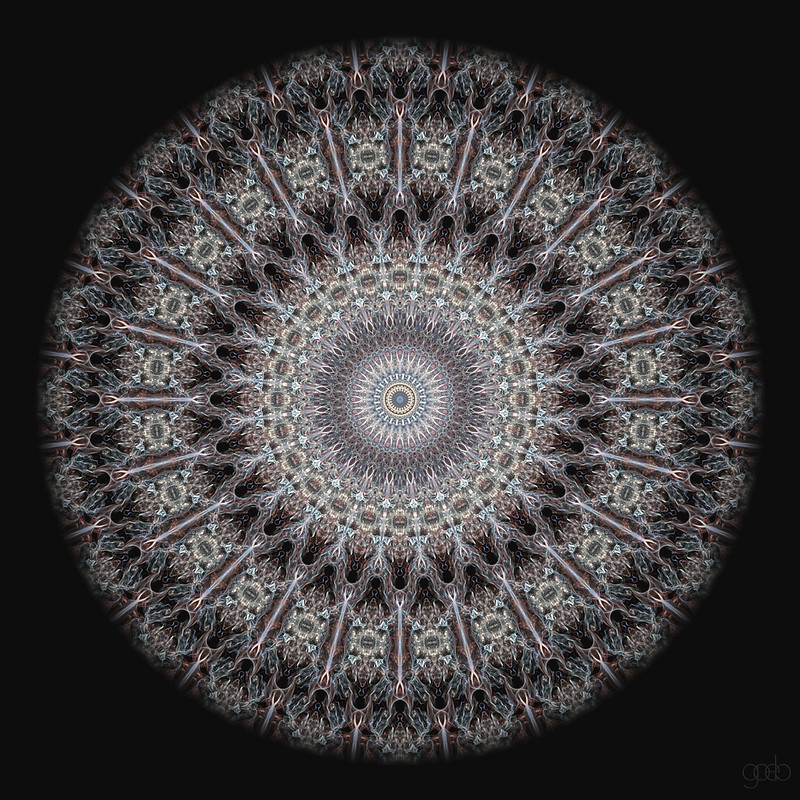 Made from single smoke plume created from an incense stick, then copied and mirrored a few hundred times. This file crashed a couple times. Not the biggest I've done, I've had Smoke Circles almost 2x's as big, but this is the first time I was able to reduce the size of one of the larger ones and have it look okay. Original file took over 50 minutes to open , and original dimensions were 130.517 in x 130.517 in. That's a break though for me because all my larger designs only existed on hard drives saved as exercises. Photoshop is like feeling my way through the dark, the internet sometimes enlightens me.
This smoke circle was based from the same smoke plume used to make this smoke circle: www.flickr.com/photos/larrygoeb/50494210058/in/dateposted..., but extended out quite a bit.
Loading comments...
Loading contexts...
show more
IFD0
ExifIFD
IPTC
Photoshop
XMP-x
XMP-xmpNote
XMP-aux
XMP-xmpRights
XMP-photoshop
XMP-dc
XMP-xmp
XMP-exifEX
XMP-xmpMM
XMP-crd
Popularity
Dates
Tags