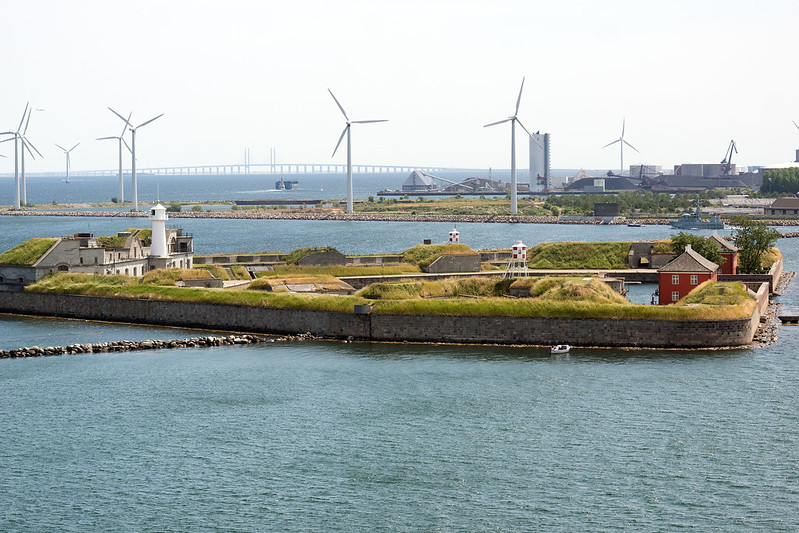 Trekroner (Danish: "Three Crowns") is an artificial island in front of the port of the Danish capital Copenhagen in Øresund. It was one of the defenses of the city harbor and the city itself. Originally the island was about 200 meters north of the current position, where in 1713 three old battleships were sunk as the base of the island. One of them was called Tre Kroner, from where the island got its name.

Work on the site at the current location began in 1787. The fort built there played a major role in the naval battle of Copenhagen in 1801 and the British attack on Copenhagen in 1807. After the fort was expanded in the 19th century, it lost at the beginning of the 20th century in military importance and was abandoned in 1932.

In 1934 the fort was sold to the Copenhagen Harbor Authority and became a destination. During the German occupation of Denmark in World War II, it served as a barracks for German troops. It was then empty until it was opened to the public again in 1984.(Wikipedia).