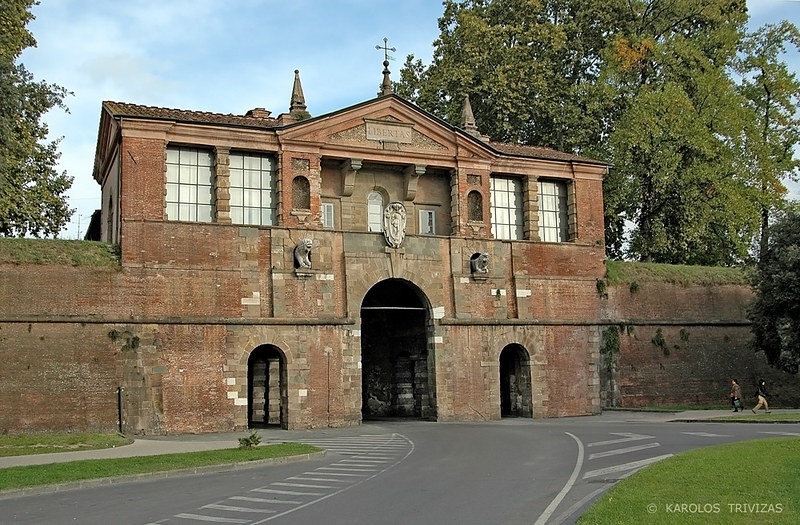 The main gate of the walls of the picturesque old city of Lucca in Tuscany, Italy.
The Lucca area has been inhabited since time immemorial, first by the Ligurians, then by the Etruscans, who were followed by the Romans. By the middle of the 2nd Century BC, it was a prosperous Latin town, largely because of its location near the intersection of three major Roman highways, the Via Cassia, the Via Aurelia and the Via Clodia.
The architecture of the old walled city is a combination of Gothic and Romanesque, with the characteristic houses, often painted in blue, yellow and pink color tones.