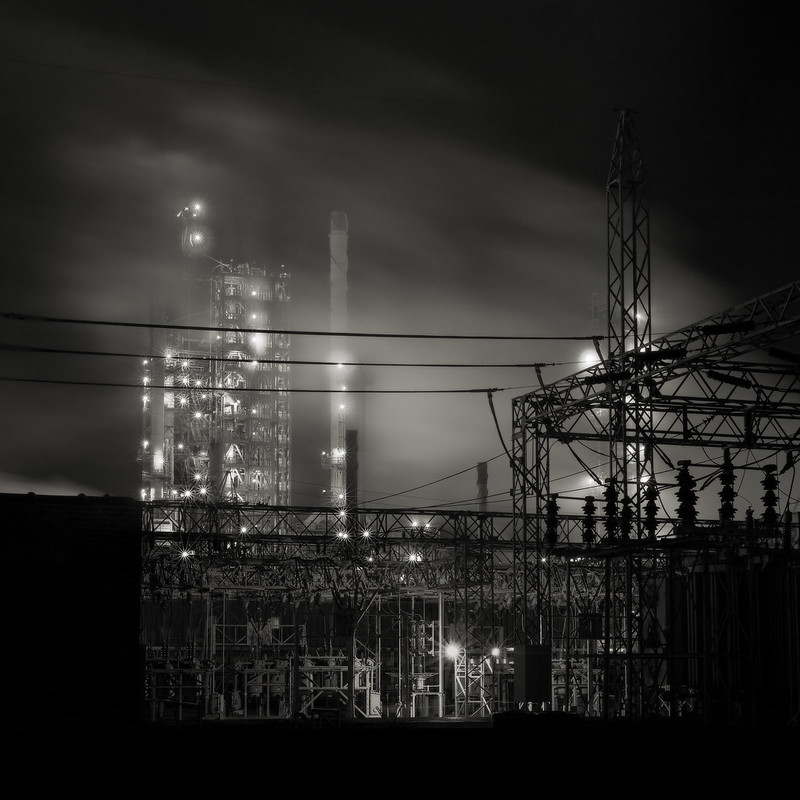 Returning to my roots with some more industrial images. I had a great experience shooting this and was feeling pretty optimistic about really focusing on an industrial series in the River Rouge area. So I returned for more a few nights later and found myself surround by three security vehicles. They just don't want this place photographed. I know my rights and being on a public street really pissed them off because they know I have every right to shoot from there. Security got pretty verbal with me, getting in my face with his flashlight and threatening to call the Police to remove me. I told him to go ahead. I finally gave in realizing this could get ugly, being alone on a very dark street surrounded by pissed off security. He radioed another vehicle to take my vehicle information down. I don't know how many times these guys have taken down my license number, my question is... does anyone know what they can do with this information?

Not sure if this industrial stuff is even worth the effort.