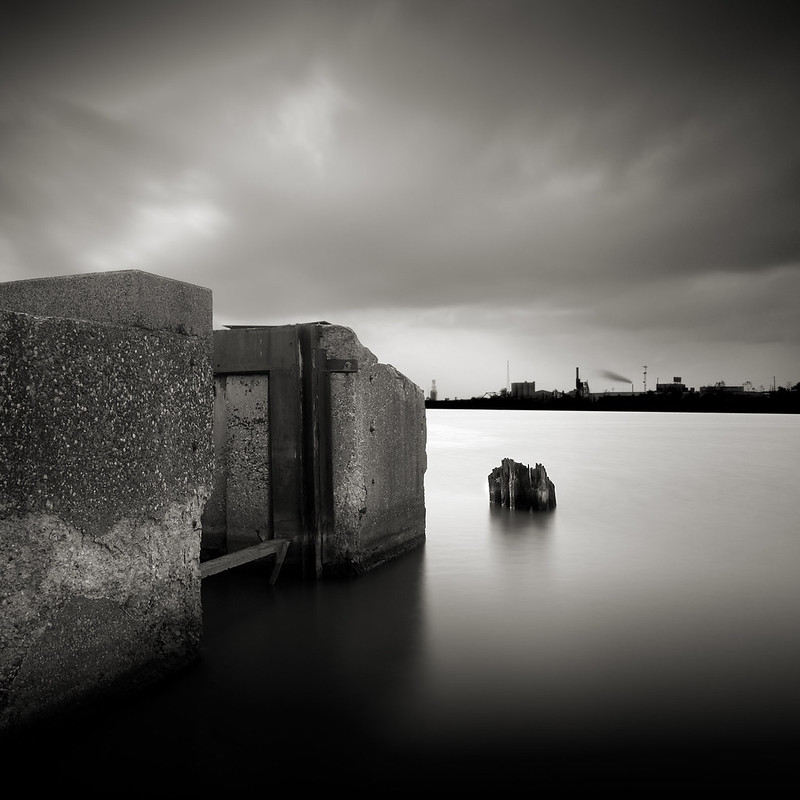 I feel like I have lost my photo mojo lately, the real world has been keeping me busy and have not been able to get out for some serious shooting. I was finally able to sneak out for a bit on my way home from work last week for a few shots along The River Rouge.

Freighters travel this portion of The Rouge to access Henry Ford's Rouge Complex, where upon completion in 1928 was the largest industrial complex in the world. The massive facility had the ability to turn raw materials such as iron ore into complete vehicles ready for the showroom. Many buildings within the complex were designed by Albert Kahn and have been subjects for Diego Rivera, Charles Sheeler and Michael Kenna, who's work here has been some of the biggest inspirations in my own work.