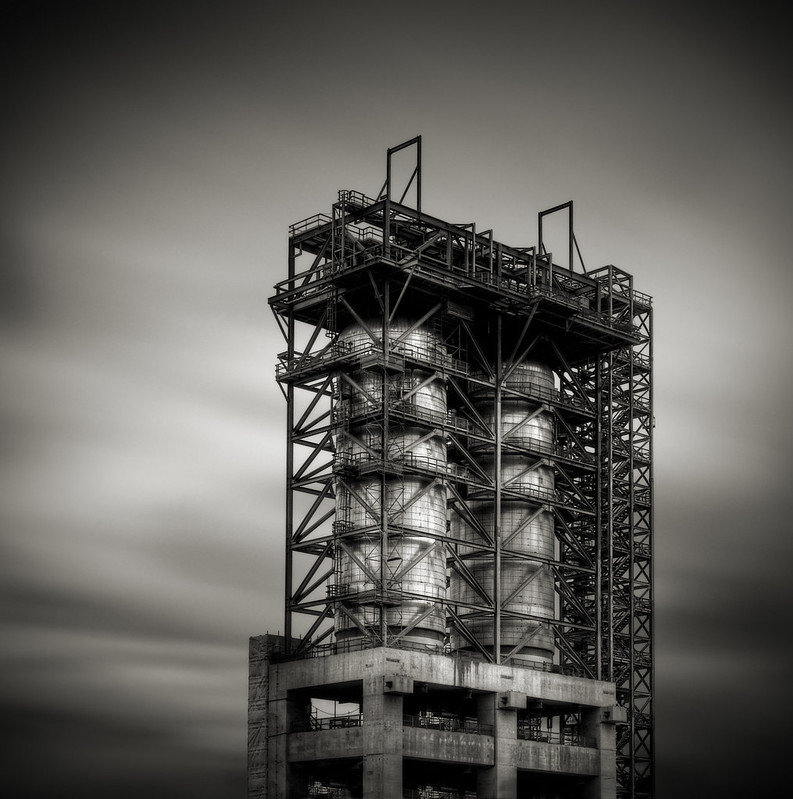 Part of the Detroit Heavy Oil Upgrade Project, a $2.2 billion construction project that will increase the capacity of Michigan's only refinery to 115,000 barrels per day.

Me: Setting up camera and tripod on public sidewalk.
Homeland Security: pulls up in security vehicle... "Hey what are you doing? Taking pictures?"
Me: "Yep."
Homeland Security: Staring at me in silence
Me: "I don't know what that is but it sure looks really interesting."
Homeland Security: "That there is CRITICAL INFRASTRUCTURE!"
Me: Not really sure what to say... "OK then, just going to be taking some pictures."
Homeland Security: Watches from vehicle as I make my exposures then follows me back to my vehicle where he appears to be writing down my license plate number.

I shot this several times and was approached by security every time. I was told that photographing this was prohibited but that they couldn't do anything about it because I was on a public sidewalk. I am probably now on some terrorist watch list, hope it was worth it.