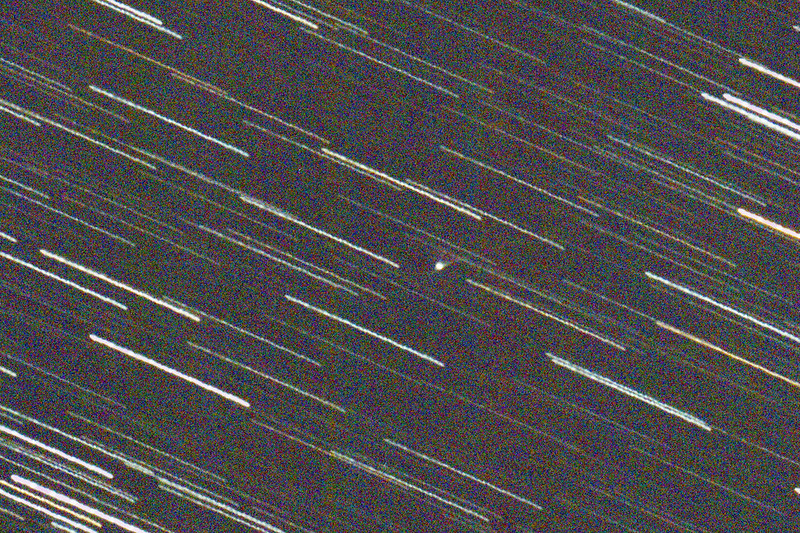 Asteroid 65803 Didymos is a binary asteroid. The smaller asteroid or the minor-planet moon is Dimorphos.

The moon was the target of Double Asteroid Redirection Test, DART by NASA. DART prove reached and impacted the moon at 23:14 on September 26, 2022. The expected effect was said to be 73 seconds shortening of Dimorphos' orbital period. It must be possible to have changed the orbit of the binary asteroid.

The impact was observed by another prove, Light Italian CubeSat for Imaging of Asteroids, LICIA Cube as below.
www.ssdc.asi.it/liciacube/index.php

I have never experienced such difference on imaging of comet except for disintegrating one or remnant of comet like comet C/2010 X1 Elenin on November 1, 2011. .

The first exposure started at 16:49:02UTC October 1, 2022. I could not complete my initial imaging plan due to encroached clouds 40 minutes before the beginning of twilight.