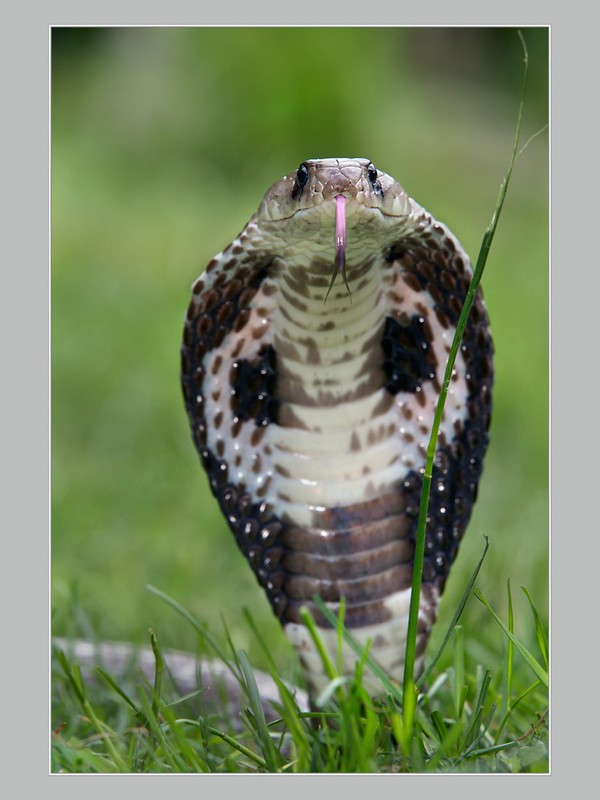 Some years ago, all asian cobras were defined as subspecies of Naja naja ... the new taxonomy evolved a large number of good species and "Naja naja" now is the spectacled cobra only.

The venom of this snake is rather strong, about 10 times the potence of the king cobra venom - though the king injects huge amounts when biting and is therefor at least that critical - if You get a bite.

Taken at the great reptile zoo of Peter Zürcher in Patergassen / Carinthia.
Making of: www.flickr.com/photos/guenterleitenbauer/2732418294/

Originally posted at Nagapanchami day (Aug., 6th 2008):
Nagapanchami is a festival dedicated to the snake-god. It occurs on the fifth day (panchami) of the fortnight as is evident from it's name. This festival is observed sometime in August. It is celebrated with great fervour especially in the rural areas. On that day women and children visit snake-pits and worship the snakes residing there by performing Aarti (invocative prayer) and offering milk and honey to the snakes.