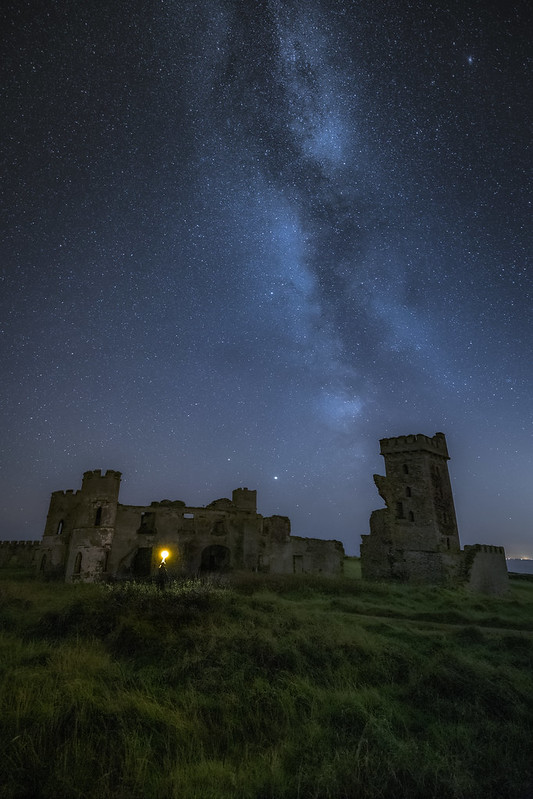 This image was captured several weeks ago on what was possibly my last Milky Way Core shoot of 2020.

2020 has not afforded many Milky Way sessions, mainly either because clear nights falling on the wrong moon cycles or more notably due to the Covid19 lock-down restrictions that were imposed back in March. So needless to say, that I was super excited to be back out under the stars and the night sky again.

This location certainly had a bit of eeriness about it. Standing out on location under the dark of the night sky and surrounded by rustling bushes, horses/cattle making noises and other weird random noises all made for an unsettling experience on one hand. But that unsettling feeling was totally trumped by the sense of pure awe of both standing there next to these old castle ruins that have stood the test of time from when they were first erected during more ancient times here in Ireland as well standing under the ancient lights of the Milky Way galaxy above.

16 light frames stacked within Sequator and then processed within Adobe Lightroom CC. A single frame with the same exposure settings was then blended using Photoshop featuring myself holding a light.

Each exposure consisted of the following settings: