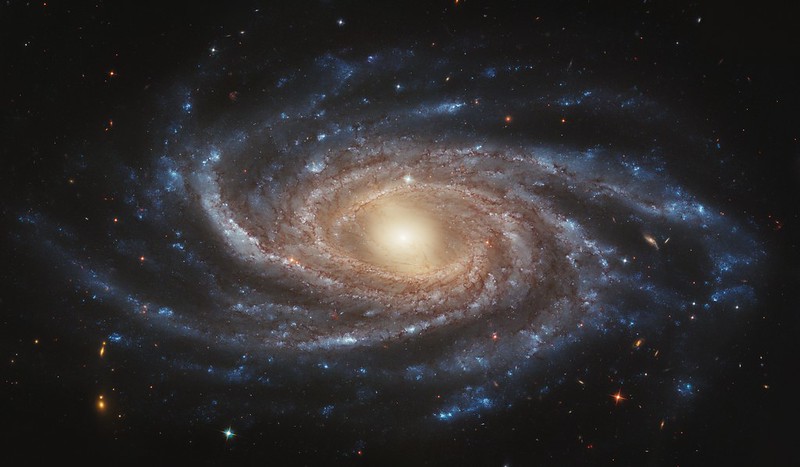 Recent observations revealing the many-armed, beautiful spiral galaxy NGC 2336 as only Hubble can. The imagery used to create this image was taken in January 2020. Meanwhile, the Chandra X-ray Observatory is also tasked with looking at this galaxy, though I haven't looked into the details of that, yet.

Edit: Checked on CXO observations, and so far none yet, but I did notice that of the proposed 200 kilosecond time, they only gave Dr. Antoniou 50 ks. Ouch! Here's hoping that's enough.

Data from the following proposal was used to create this image:
Determining How X-ray Binary Populations Vary Through Time

Note there are a number of blank areas in the image where data were absent. I filled those with background-matched noise to make them visually unobtrusive. Some other areas also lack a full range of color, being only covered by 1-2 filters.

The pixel scale is 0.05 arcseconds per pixel.

North is exactly to the right.