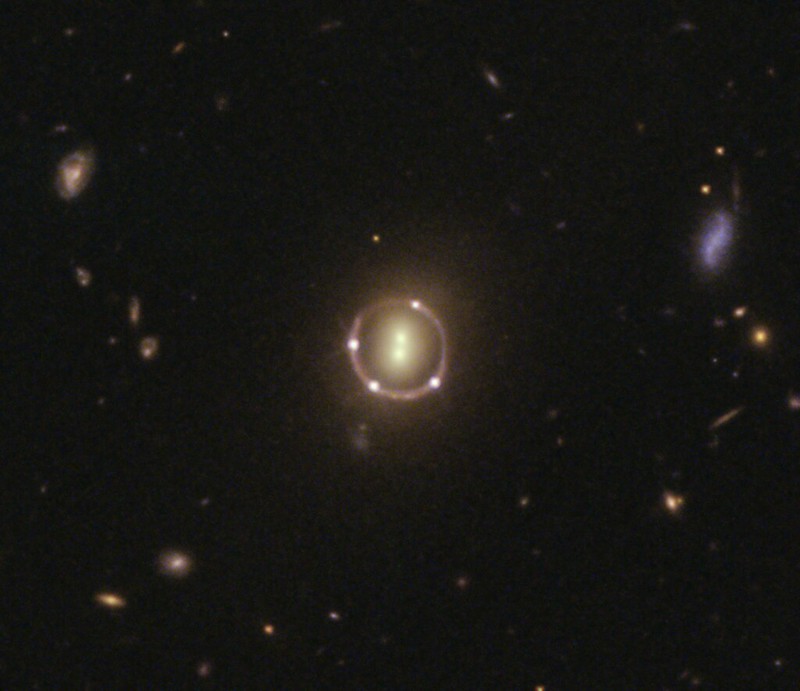 The same quasar seen in four separate instances due to the effect of the foreground mass intervening between the viewer and the quasar, causing distorted light paths, otherwise known as gravitational lensing.

Data from the following proposal were used to create this image:
H0, the stellar initial mass function, and other dark matters from a large sample of quadruply imaged quasars

WFC3/IR F160W was used as a "screen" layer for both the green and blue channels.